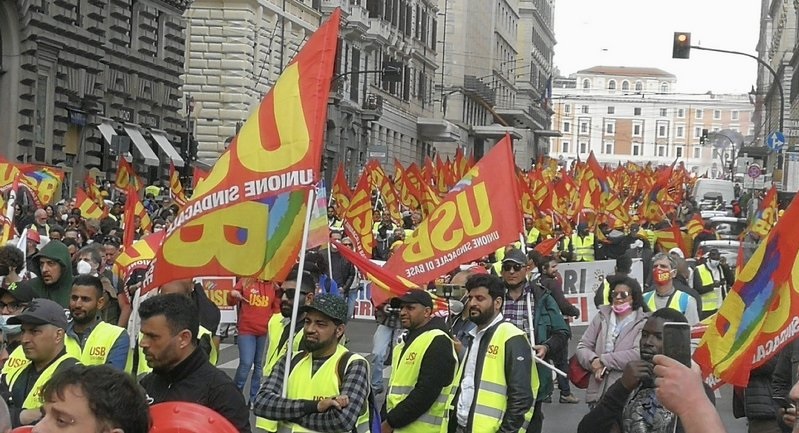 Thousands of workers in the streets together with the students against exploitation, cost of living and war.

USB: today in Rome a new story has begun

Thousand workers took part this afternoon in Rome in the national demonstration called by the Unione Sindacale di Base, at the same time as the “workers’ variant” strike, called in all Italian productive sectors, from industry to logistics, agriculture and ports.

“Lower your weapons, raise your wages” was the watchword on the opening banner of the procession, a precise request to the government and employers at a time of crisis already worsened by the pandemic and further worsened by a war that is being ridden to cut the welfare state, from school to health.

There was also a large contingent of students, who had demonstrated in the morning at the Ministry of Education together with the Genoa dockers.

Today the workers are calling for a social alliance with the students and with all those parts of society, starting with the rest of the working world but also with the many poverty groups increasing in the country, who are suffering from the policies of war and the generalised increase in prices.

Today in Rome, a new story has begun, in which the working world is calling for a broad social convergence against exploitation and the cost of living, for the revival of wages and pensions, in defence of the environment and the territory and to take Italy out of the war.