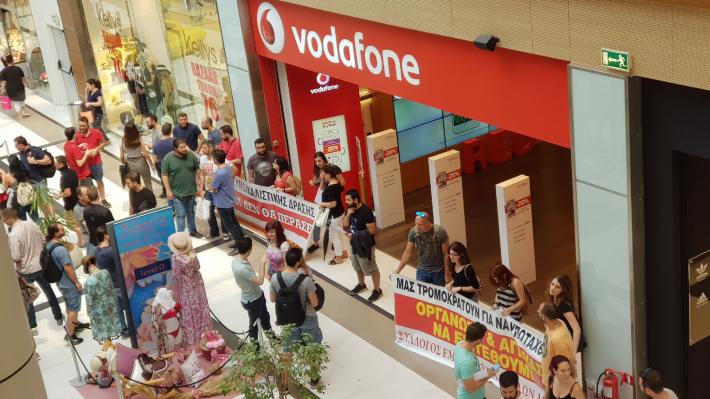 The Workers’ Union of VODAFONE-360 ​​Greece and the Trade Union of Workers in Telecommunications, Call Centers and IT of Athens (SETIP) express their solidarity with VODAFONE workers around the world and especially in India, Romania and Egypt, where hundreds of layoffs were announced.

Vodafone has announced layoffs of about 1,700 workers in these countries so it can boost its profits.

Against the unified attack of the monopoly, workers must give a unified, common response. It is necessary for the workers of VODAFONE all over the world to coordinate their struggle against the layoffs and the anti-labor practices of the company.

Workers of VODAFONE in Greece go on strike on Monday, September 24, against the company’s layoffs.

We call on all workers’ unions in VODAFONE in Europe and around the world, but also the unions in Telecommunications, Call Centers and IT companies in general, to support the struggle of the workers of Call Centers in Greece

At the same time, we need to take steps to coordinate and organize the struggle of VODAFONE and telecom employees internationally.

Send Solidarity messages to VODAFONE Workers in Greece at

Also send us contact information to Vodafone and telecom unions, with updates on your actions and activities in the telecommunications companies for better coordination and solidarity