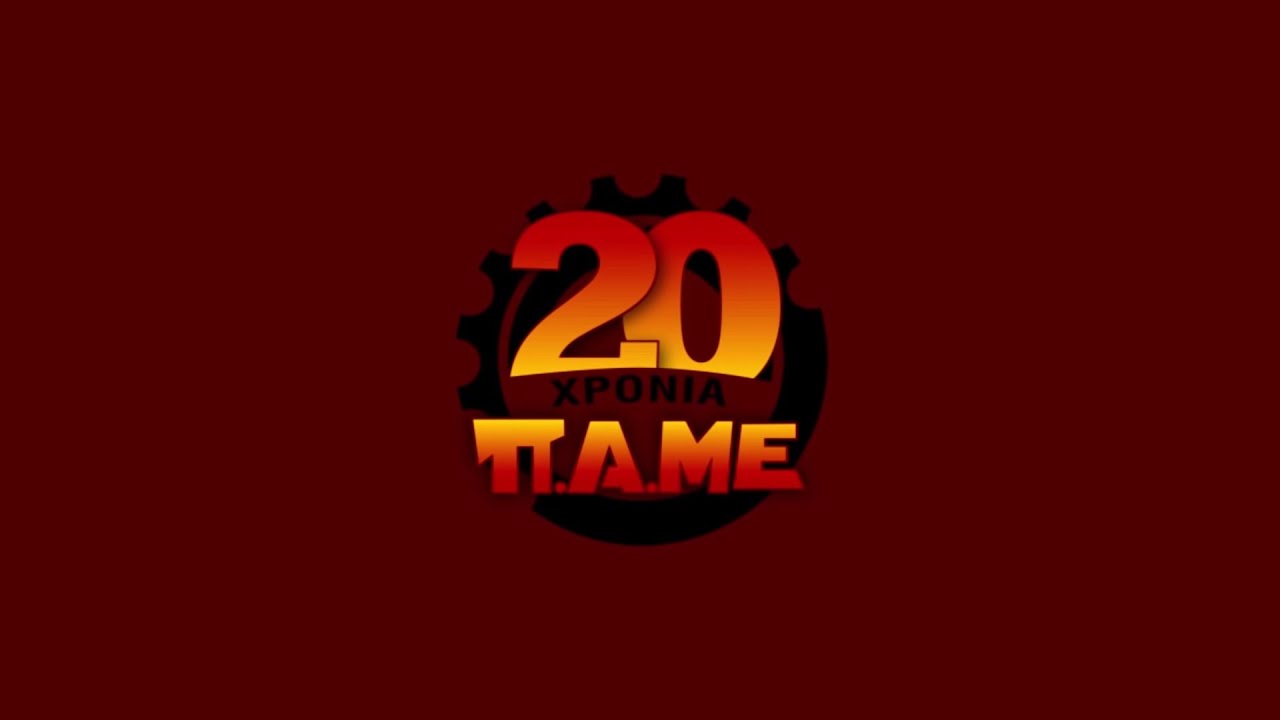 PAME is a Trade Union Front. It is open, democratic, unifying and it pursues to have among its members the most active, fighting forces of the trade union movement. It has got national characteristics and focuses on every working field and production branch, in the Public and Private Sector, with no exceptions.

PAME was founded on April 3rd 1999, through the 1st National Meeting (Congress) , held at the Piece and Frienship Stadium, Faliro, Athens, with the participation of 230 trade unions, 18 National Federations and Regional Trade Union Centers and 2.500 elected union representatives.

The most active Greek trade unions are members of PAME. These are the unions that go on with the class struggle and fight for the abolition of the human exploitation by other humans.

The struggle for the working class’ interests is directly connected to the empowerment of the Front against the employers’- governmental unions, against the majorities of GSEE and ADEDY.

The difference between the class-oriented movement and these forces is not limited to choosing the ways to struggle or to the different demands. The difference lies on the basic guidelines, on the whole framework within these two different movements work.

Forces like these, GSEE and ADEDY, support the exploitation system and they defend it. They actively support the Capital’s strategies and anti-peoples policies. They act according to the competitiveness and profitability criteria for the capitalistic enterprises; they place themselves in favour of what the economy can withstand. This is why they refuse and fight against the class struggle, choosing the path to class cooperation and social dialogues.

They cannot represent the working class; they represent the opponents’ interests. From this basis on they participate, with different means and pretences, in the planning to forward every contradictory to the working class’ interests reformation, they take part in the privatizations scheme, in the destruction of industrial relations, of the social security, of the diminish of the workers’ income.

Under the applied pressure of the class-oriented movement and of the workers, but also due to different hidden agendas, they decide to take some sort of action, but they do not care whether these actions to be held are prepared, they do not want or care if the workers are coordinated and they demand things that neither doubt nor conflict policies- their demands are not related to the needs of the Working Class.

PAME fights with no ambivalence for the Unification and Unity of the WorkingClass. It aims at the gathering and activating of more and more workers and young employees to the class-oriented, fighting path, to the path of conflict against capitalist forces, against the anti-peoples policies. It pursues common, coordinated struggle of workers in the private sector, the public sector and former DECO(Public Enterprises of Common Welfare). It pursues common struggle no matter if the workers are Greek on migrants. Only on this basis, the basis of class struggle, the basis of the fight to abolish the exploitation of man, can the Unity of the Working Class become stronger. The Unity, which employers’- governmental unions talk about, is unity in submission, in acceptance of the strategies of the opponents of the Working Class; it is a caricature of unity.

PAME is based on the proletarian internationalism and solidarity principles. Nowadays, in the conditions of the temporary ruling of imperialism we live, the need to Coordinate and Work Together with movements in other countries is strong.

Capitalists’ forces, Socialdemocracy and Opportunism are coordinated through the mechanisms of the European Trade Union Confederation (ETUC-CES) and of ITUC-CSI. These organizations work for and work with Capitalism.

Facing all these, PAME takes actively part in the attempts to rebuild the class-oriented trade union movement in Europe. We have successfully held, with the cooperation of other union members and trade unions, European trade union meetings in Turkey, in Greece, in France, in Italy and elsewhere. We are going to go on with these efforts because we firmly believe that the situation in Europe affects negatively the whole world. The difficulties the trade union movement faces, do not lay only in fighting capitalists and governments. The union movement has got to fight also some leading groups in CGT France and CCOO Spain and their dirty role in all these.

Since 2000 PAME is a member of the World Federation of Trade Union (WFTU).

CONSTRUCTION WORKERS’ FEDERATION FEDERATION OF WORKERS IN TEXTILE &...
About PAME