The government failed again! The strike succeeded, with the participation of large workplaces, factories, with almost complete participation in public transport. With actions in Public Hospitals and protests all over Greece. The success of today’s strike sent the first message. Fear, intimidation, pessimism, the logic to deal with the issues later did not pass.

The government, which has criminal responsibilities for the outbreak of the pandemic, once more, provocatively, filled the center of Athens and other big cities with Riot Police, oppression forces, armored vehicles, and police in order to suppress the strike. They wanted to block the Strike that was decided by National Federations, Regional Trade Union Centers and base unions in hundreds of workplaces across the country. Police detained 7 trade unionists in Giannena and fined hundreds of Euros to dozens of workers and unionists who participated in the Strike.

The unions, due to the quarantine organized only protests and picket lines, with a limited number of participants. Important support to the strike was the international solidarity, messages and actions on many unions from all over the world.

We continue to fight to protect our lives, our health, our rights from the savage attack of the government and business groups, we intensify the fight for trade union and political freedoms that the government is trying to abolish.

Under the masks we have a voice and we demand! 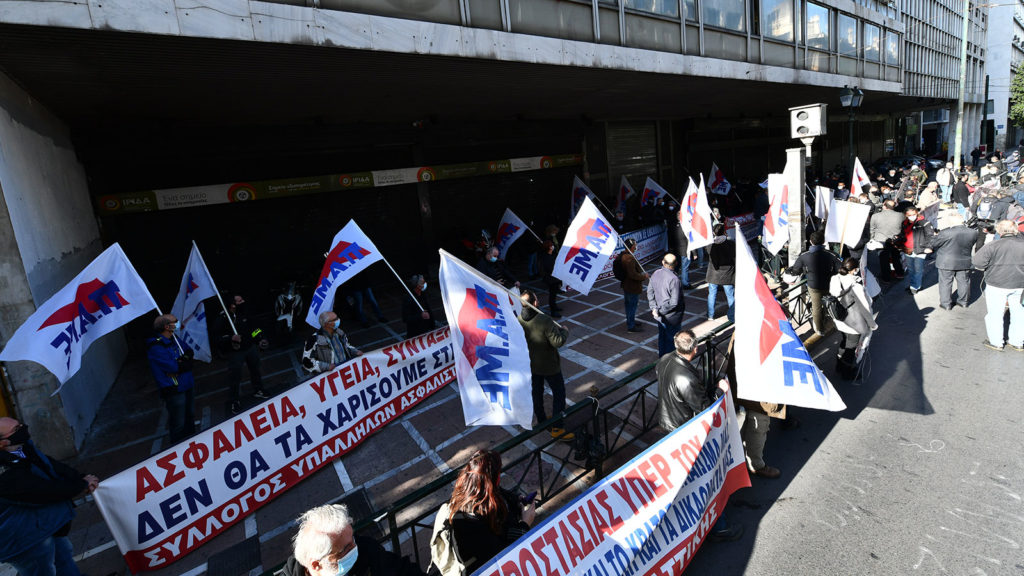