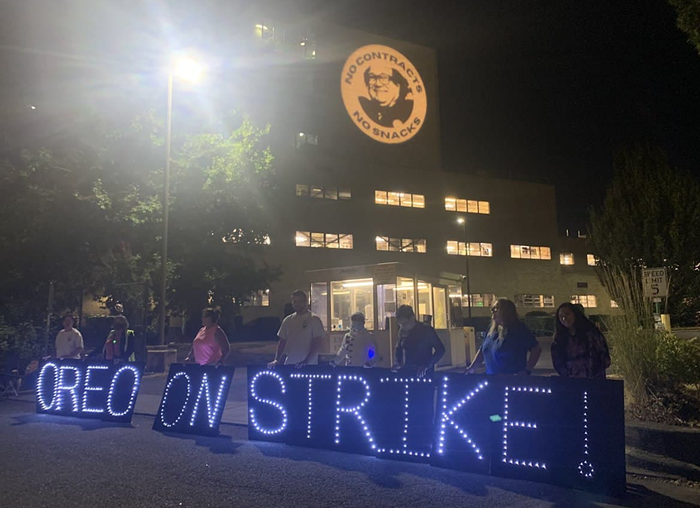 PAME, which represents the class union movement of Greece, a member of the WFTU, expresses solidarity with the workers in the USA who are in various mobilizations, strikes and protests, claiming Collective Agreements with salary increases in many sectors.

Tens of thousands of workers in the US, in large multinational corporations such as John Deeree, Kellogs, Nabisco, workers in TV and film productions, and even the heroes of the fight against the pandemic, the healthcare workers are on the streets fighting against a system that took advantage of the pandemic period to increase its profits while millions of workers were driven to unemployment, poverty and misery.

In the USA, too, the government may have changed, but the exploitation of millions of workers by large corporations continues and intensifies along with authoritarianism, repression, and attacks on workers’ union and democratic rights and freedoms.

The situation is similar in Greece, where the anger and indignation of the workers is growing, with many sectors being mobilized. With large strikes of delivery workers, teachers, health workers, while builders’ strikes are being prepared, workers’ rallies in many cities on November 4 and new large strikes in which workers are also demanding Collective Agreements with increases, satisfaction of our contemporary needs.

Colleagues, the indignation and anger of workers that is growing in both the US and Greece and in many other countries is proof of the deed ends of a system that the many produce but only the few profit. For workers, the only way out is to fight against the system of exploitation, of poverty, of racism and wars.

We have the power of organization, of solidarity, of collective, class struggle. Your struggles give us strength. We stand by your side!