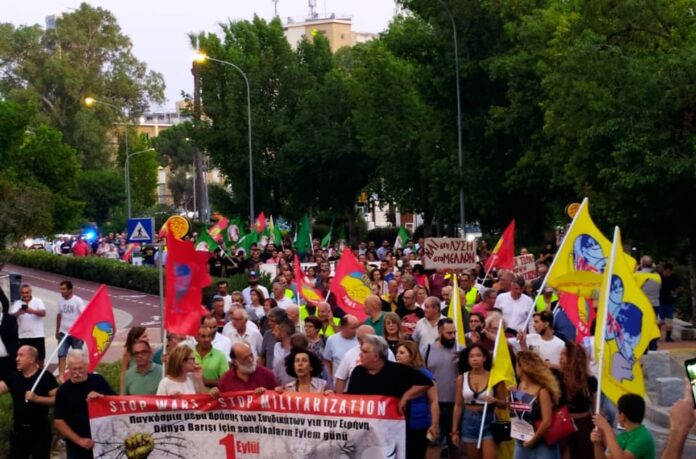 PAME expresses its solidarity with the workers of Cyprus, the Pancyprian Federation of Labour PEO, which together with the other trade unions of Cyprus will hold a strike on Thursday 26 January 2023 with marches and rallies in all the cities of Cyprus in defence of the adjustment of the Living Allowance, i.e. the mechanism of automatic adjustment of wages according to the rate of inflation.

Business groups, the European Union and governments in every country are attacking the wages and rights of workers in order to ensure the competitiveness and profitability of the groups. But the workers must not accept impoverishment, energy poverty and poverty. Major struggles and strikes are developing in many countries for wage increases. This struggle is common to all of us. The workers of Cyprus are not alone.

We express our Solidarity and support to the Strike of the workers of Cyprus to defend their lives and rights.

On Thursday, 26 January a delegation of PAME met online with the AMAZON LABOR...
PAME