PAME expresses its grief over the death of the Mustafa Tozkoparan.

Comrade Mustafa was born in Tarsus in 1964. After school he got a job in various industries in the city of Soma and later in Gebje. Always on the front line of the struggle, he was repeatedly elected by his colleagues as a representative of the Union. At the same time he developed significant political activity in the Gembje region as a member of the Communist Party of Turkey-TKP.

In 2017, at the invitation of PAME, he visited Greece and greeted the May Day event of the Xanthi Secretariat of PAME, noting that “Only with the organization of workers and solidarity between peoples can the way be paved for an honest life without exploitation, hatred and wars.”

He was married and the father of two children.

PAME expresses its condolences to his family and comrades. 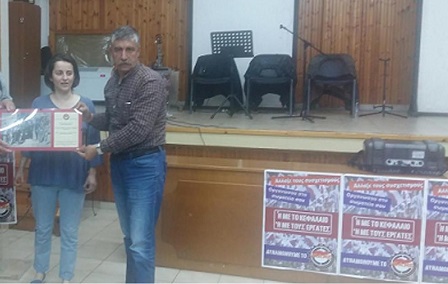 Μ. Tozkoparanin 2017 at the event of PAME in Xanthi