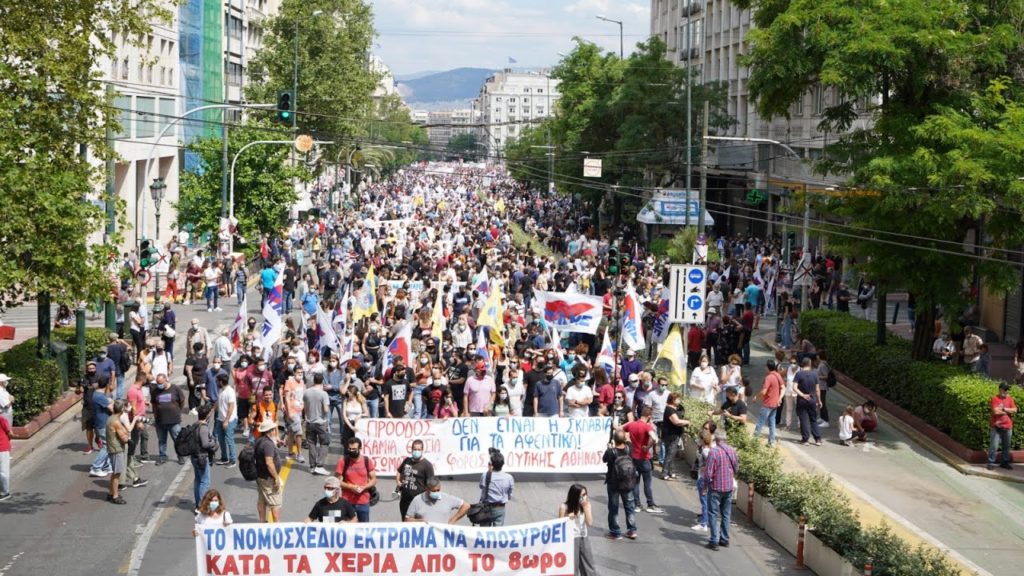 From one end to the other, whole Greece “paralyzed” on June 10 as thousands of workers took part in the largest strike in recent years and in the rallies of Trade Unions, Federations and Regional Trade Union Centers, sending a message that workers can send to the trash the government’s anti-workers bill. The river of demonstrators also sent a message of immediate continuation and escalation of the struggle, under the slogan “Hands off from 8hours, they are not for bargains and dialogues”.

During the strike urban transport came to a halt. No Metro or trains operated. Ships were anchored. Industries stopped, public services closed down.

An example of the participation in PAME’s rally in Athens is that almost 2 hours after the beginning of the Rally people were still arriving as the whole Athens center was flooded with demonstrators. And this was in addition to 3 more massive rallies that were held in the region of Attica (Piraeus, Lavrio, Elefsina).

In Piraeus the Strike rally begun at 5.30 in the morning inside the Port against the attempt of the ship owners to break the strike. The demonstration took place a few hours later in front of the anchored ships and then to the streets of Piraeus

Massive and militant rallies took place all over Greece. See videos from