You are at:Home»English Categories»News»PAME»Massive Rallies οf PAME Against The Government’s Bill That Bans The Demonstrations

PAME held mass rallies in Athens and other Greek cities against the government’s bill that bans the demonstrations, which was being discussed in the Parliament at the same time.

Thousands of gathered workers, students and other organizations sent a message of protest, denouncing the government’s attempt to silence and put on hold the people’s struggles. They also shouted that the workers’ and people’s movement will in effect cancel the reactionary bill and they will continue their struggles.

The government tried to dismantle PAME’s large demonstration in Athens with the  police using chemicals and provocateur groups. Their plans failed as the unions remained disciplined and organized until the end of the rally.

During the rally, messages of international solidarity from dozens of countries were read. 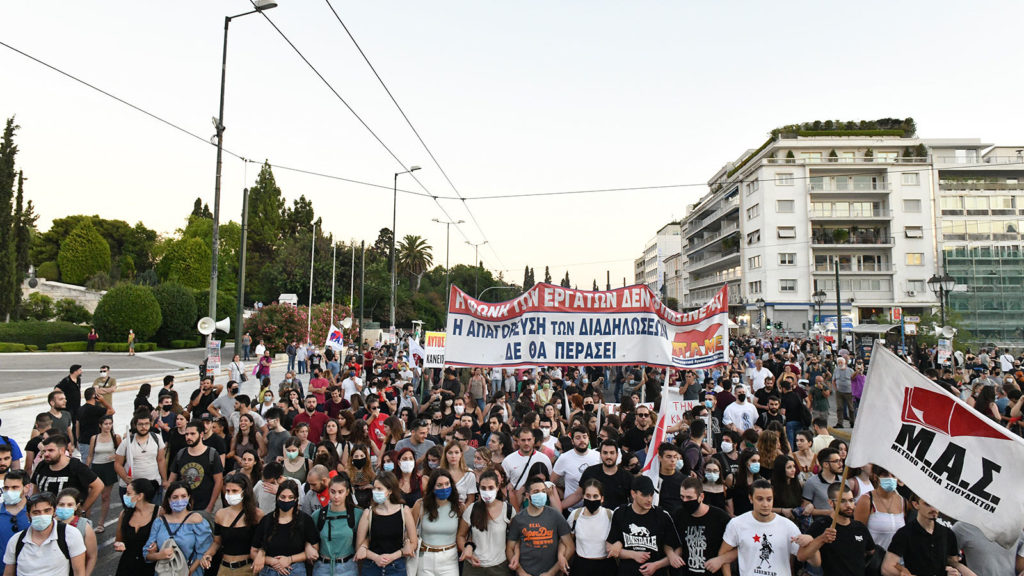