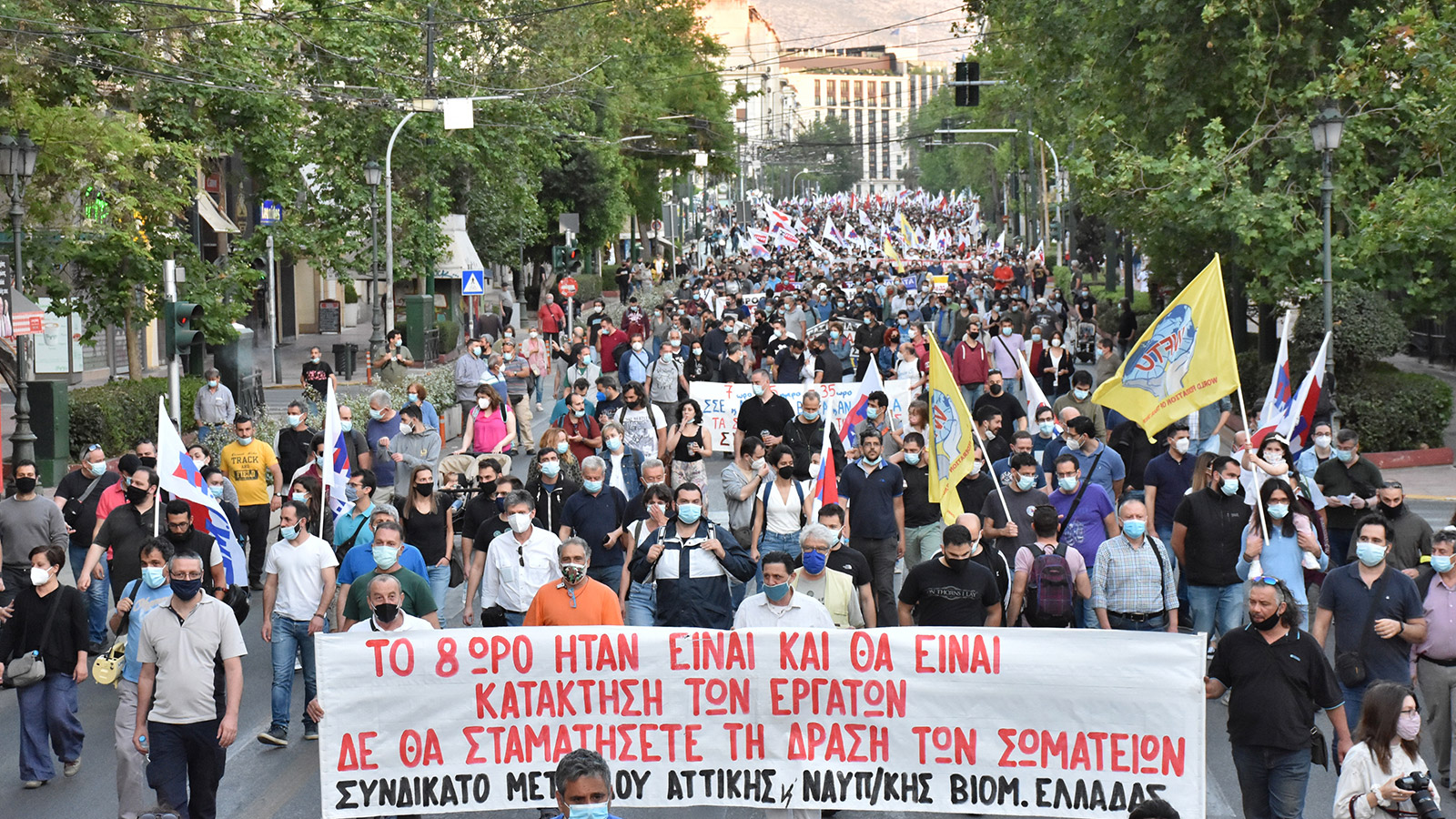 Thousands of workers took to the streets in many cities after the call of PAME and demanded the Government to withdraw its barbaric antiworkers’ plans on working time, trade union rights and the right to strike.

Main slogans were “Hands of the 8hour workday” – “We will not become slaves of the 21st Century”. The Unions promoted their demands of “7hour-5days-40hours” working week with steady, full time jobs and collective contracts.

The Unions made clear that it will not be easy for the Government to impose its antiworkers’ plans and called in massive, multiform, continuous campaign for the preparation of National General Strike. More demonstrations in more cities are to take place today.

From the platform of the rally, the unions denounced the state of Israel, which once again, with the tolerance of the US and the EU, launched airstrikes and bombings in Palestine, with dozens of victims, including small children. They expressed their solidarity with the Palestinian people, assuring that the workers of Greece will continue to take initiatives against imperialist plans and Israeli barbarism.