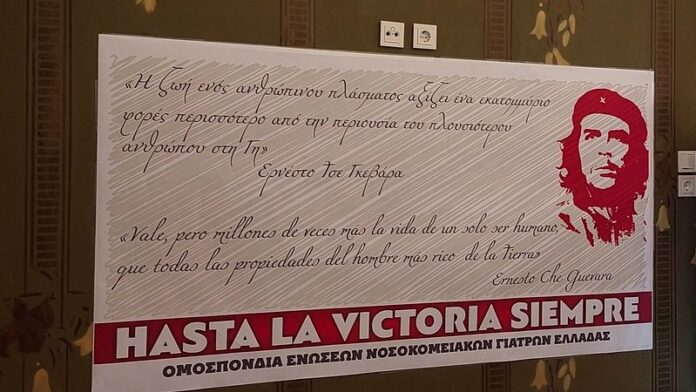 A delegation of CTC Cuba, with comrades Ulises Guilarte de Nacimiento General Secretary and Ismael Drullet Pérez member of the Secretariat, is visiting Greece after invitation of PAME.

The delegation had the opportunity to meet with the leadership of the National Federation of Public Hospital Doctors of Greece – OENGE, which expressed its solidarity and support with the Doctors of Cuba, the internationalist brigade Henry Reeves and with the people of Cuba against the US blockade.

The meeting was an opportunity to exchange information on the situation and conditions of healthcare and its workers in both countries and the achievements of Cuba against the pandemic.

CTC delegation also visited the Polytechnic School of Athens, where events are taking place in honor of the 1973 Uprising against the military dictatorship on November 17. The Cuban representatives were warmly welcomed by the youth and had the opportunity to address them at event organized inside the historic building.