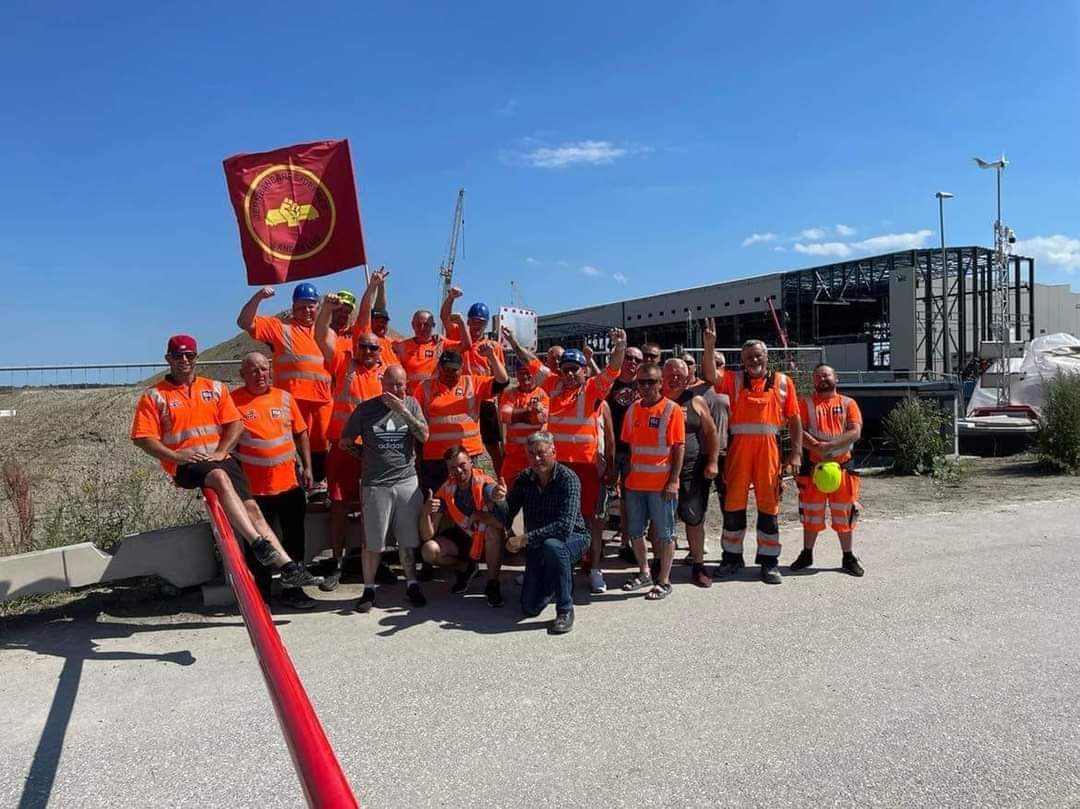 On Tuesday, June 28, 300 Polish and Romanian Builders working in Denmark, at the FEMARNBELT construction site, went on strike demanding increases in their wages to match the wages of local workers.

On Wednesday June 29 at a nearby construction site, a builder from Romania was killed in a work accident and the construction site builders also went on strike. The contractor companies resorted to threats and blackmail to get the workers back to work. As the strike continued the courts, in a country presented as a “worker friendly” example, ruled the strike illegal and fined each worker 50 Danish krones (euro) per hour of strike. Meanwhile, the court noted that if the workers continued their strike the fine would increase to 80 crowns per hour (11 euros).

Danish workers and unions, members of the WFTU, expressed their solidarity and started a campaign to support the fair struggle of the builders. The Athens Construction Workers Union sent a message of solidarity that was read to the strikers, giving strength to their struggle.

In the face of the determination of the strikers and under the huge wave of solidarity that within two days collected 200,000 Danish krones to cover the fine, the employer was forced to accept the basic demands of the strikers. A great victory for the migrant builders and also the Danish workers who fought the contracting companies, the courts and the threats and came out victorious!

The European Regional Office (EUROF) of the WFTU, which represents thousands of workers from...
International Solidarity

Unity Trade Union (Turkey): Solidarity with the Union of Employees in Private Education of Athens

Dear fellows, We denounce the layoff of the President of the Union of Employees...