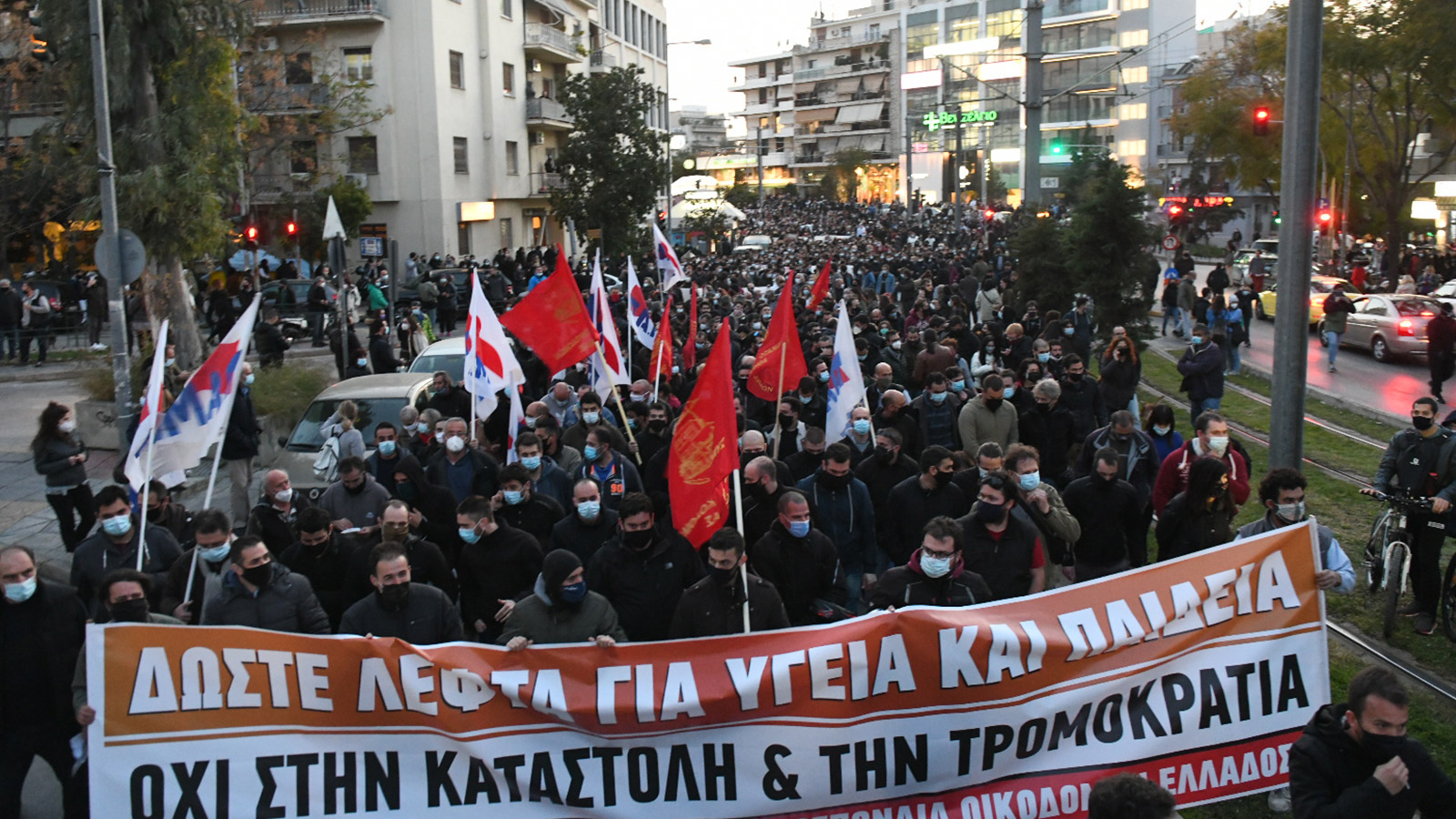 In Nea Smirni, a municipality near Athens center, took place on Tuesday, March 9, a grand protest rally, one of the largest ever in the city, against the repression, police violence and anti-popular policy. After initiative of the class unions, workers and locals demonstrated by the thousands after another case of police violence, last Sunday, in Nea Smyrni Square, with police officers brutally beating a young man, who reacted to the intimidation of families by police forces who imposed arbitrary fines for “unnecessary movement”.

Thousands of people rallied in the square of Nea Smyrni and then marched in the streets of the city. The participation of the youth was huge, with pupils and students giving a thunderous “present” and a special pulse to the mobilization. Main slogan was “Fund Healthcare and Education-Not Oppression and Intimidation”.

The police forces, using the provocative action of small groups, attacked to disperse the rally, which however continued and concluded under an organized manner. However many videos and photos are flooding the media showing police forces beating people, threatening people with their guns and shouting “We will kill you (the protesters)!”

“The sea of people in Nea Smyrni, that responded to the calls of the class trade unions, mass organizations and residents of the area, sent a message to the government that state repression and police intimidations will not pass!

The volume and the rage of the working people and the youth cannot be hidden behind selected images that are set up every time.

Intimidation will not pass; the people’s struggle will break it!”