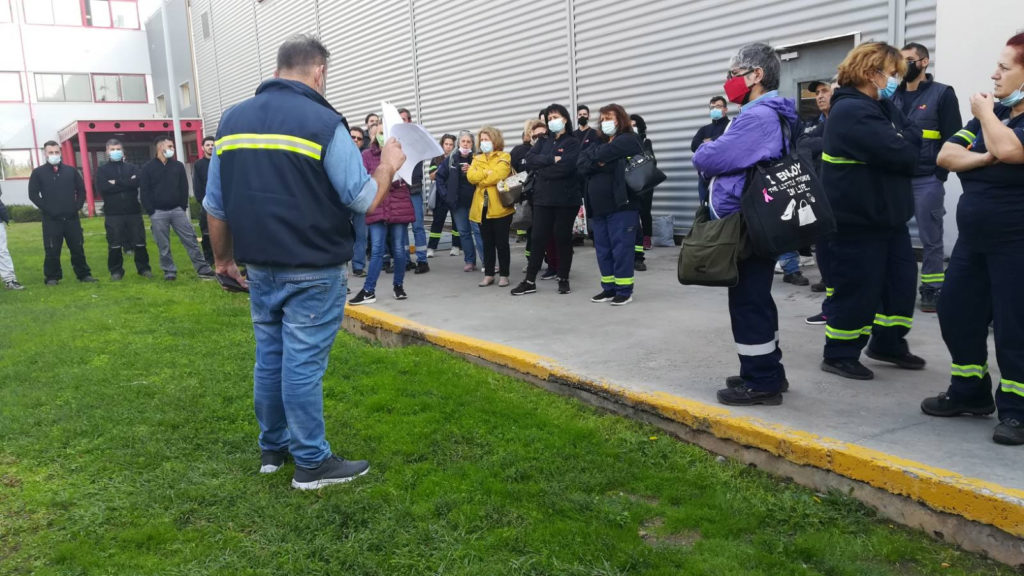 The decision to demand the signing of a Collective Contract was made by an overwhelming majority of the workers of “Tasty”, subsidiary of the multinational PEPSI Co during two-hour work stoppages, at the beginning of each shift, and General Assembly that was organized by the Industries’ Union.

Their decision with 147 votes in favor of a total of 154 voters defines the framework of their demands and authorizes the Board of the Union to escalate with militant actions if the employer does not accept the requests of the workers.

In addition to the signing of a Contract the workers also demand the abolition of the “outsourcing” of workers and their direct hiring by “Tasty”, in addition the hiring of permanent staff in the departments where there is a need.