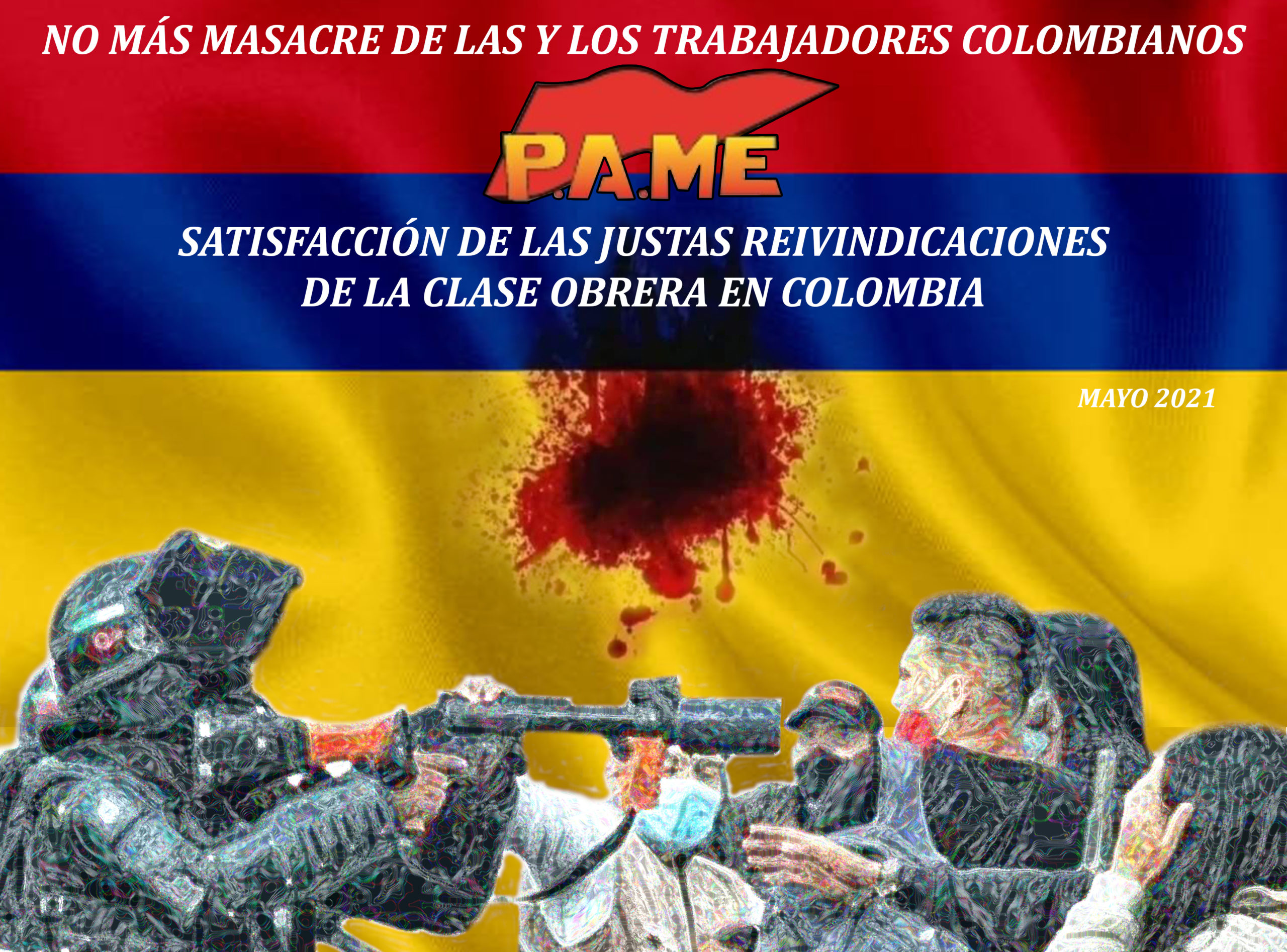 PAME, a member of the WFTU, expresses the solidarity of the class unions of Greece to the people and workers of Colombia who have been mobilizing since April 28 against the anti-people tax plan of the Duque government.

The Duque Government, under the pressure of popular mobilizations, is maneuvering and repressing. On the one hand, it talks about the withdrawal of the bill, on the other hand, the repressive forces are violently attacking the popular-workers’ mobilizations, resulting in a large number of dead, hundreds injured and arrested.

PAME stands by the people and workers of Colombia in their ongoing struggle against poverty, state repression and capitalist exploitation.