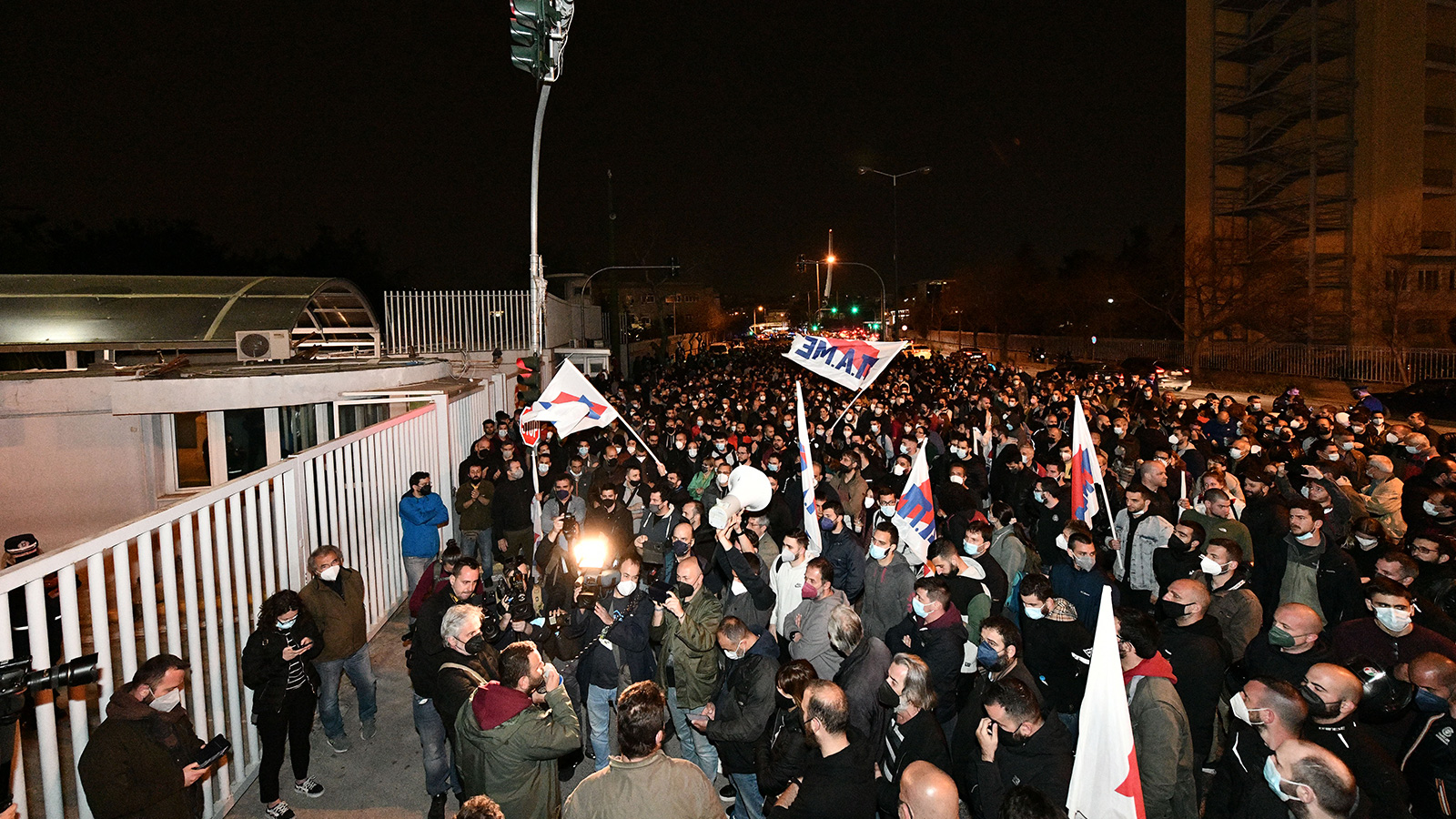 Against the intimidating tactics of the Government the unions of Thessaloniki organized a new massive protest outside police headquarters of Thessaloniki demanding the release of the arrested. PAME immediately called also for new protest in front of the Ministry of Public Order in Athens. Within an hour thousands of people rallied to express their solidarity with the arrested of Thessaloniki. A delegation of PAME met with the Ministry and demanded all charges to be dropped. 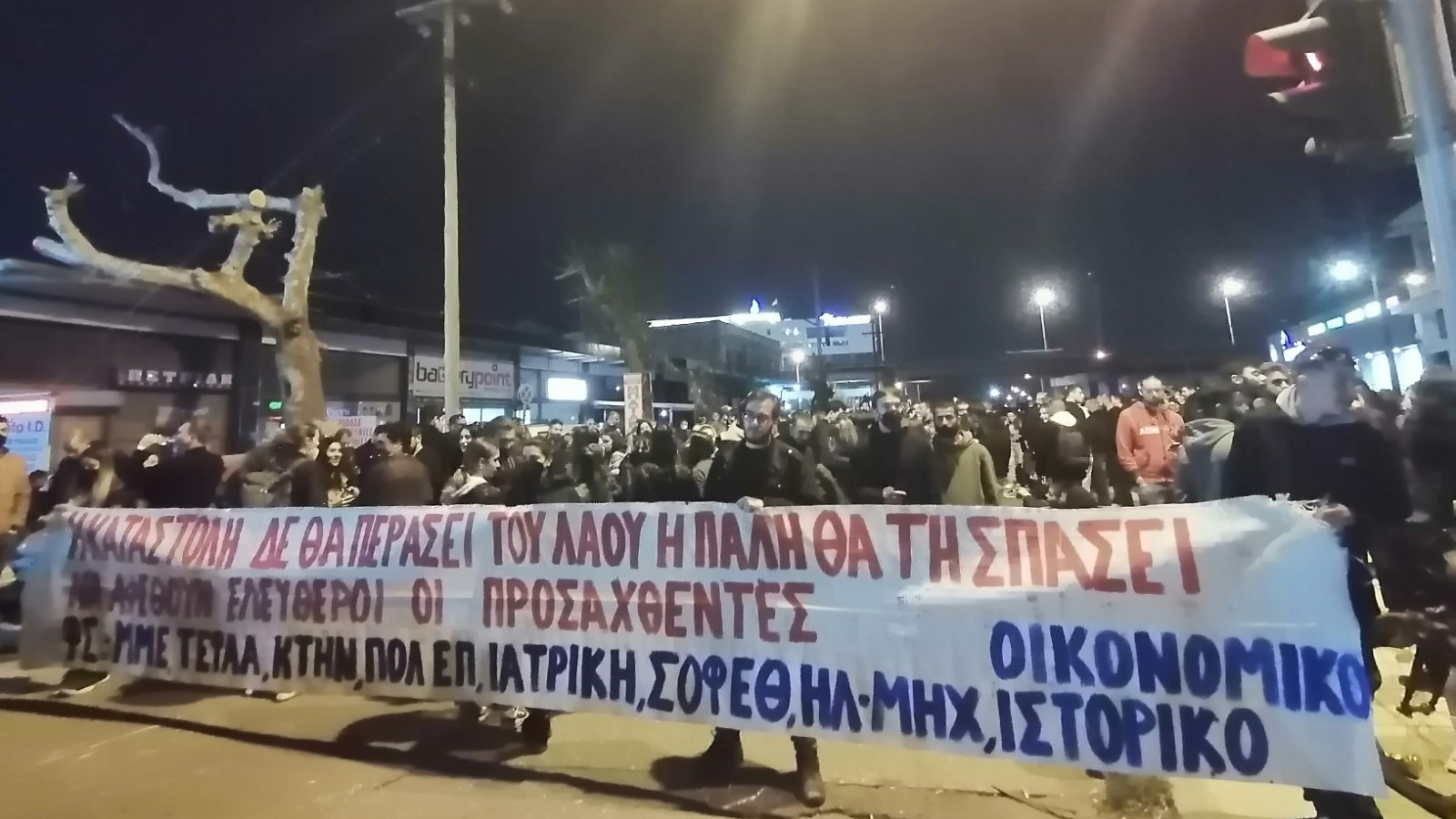 PAME stated during the protest

“It is confirmed that after order of the government the police attacked the strike demonstration and made arrests, in order to give its credentials to the imperialists, to the US ambassador, to the Undersecretary of State V. Nuland who is visiting Greece. Government and bourgeois parties are giving their credentials. The workers, however, will not back down, we will respond with our daily action. They will pay for what happened today. What happened today will not be forgotten, the government, the Euro-NATO fans, the business groups are fooled if they think that they will bend the workers, the unions, that they will submit PAME”

IMMEDIATE RELEASE OF ALL THE ARRESTED

ALL CHARGES TO BE DROPPED