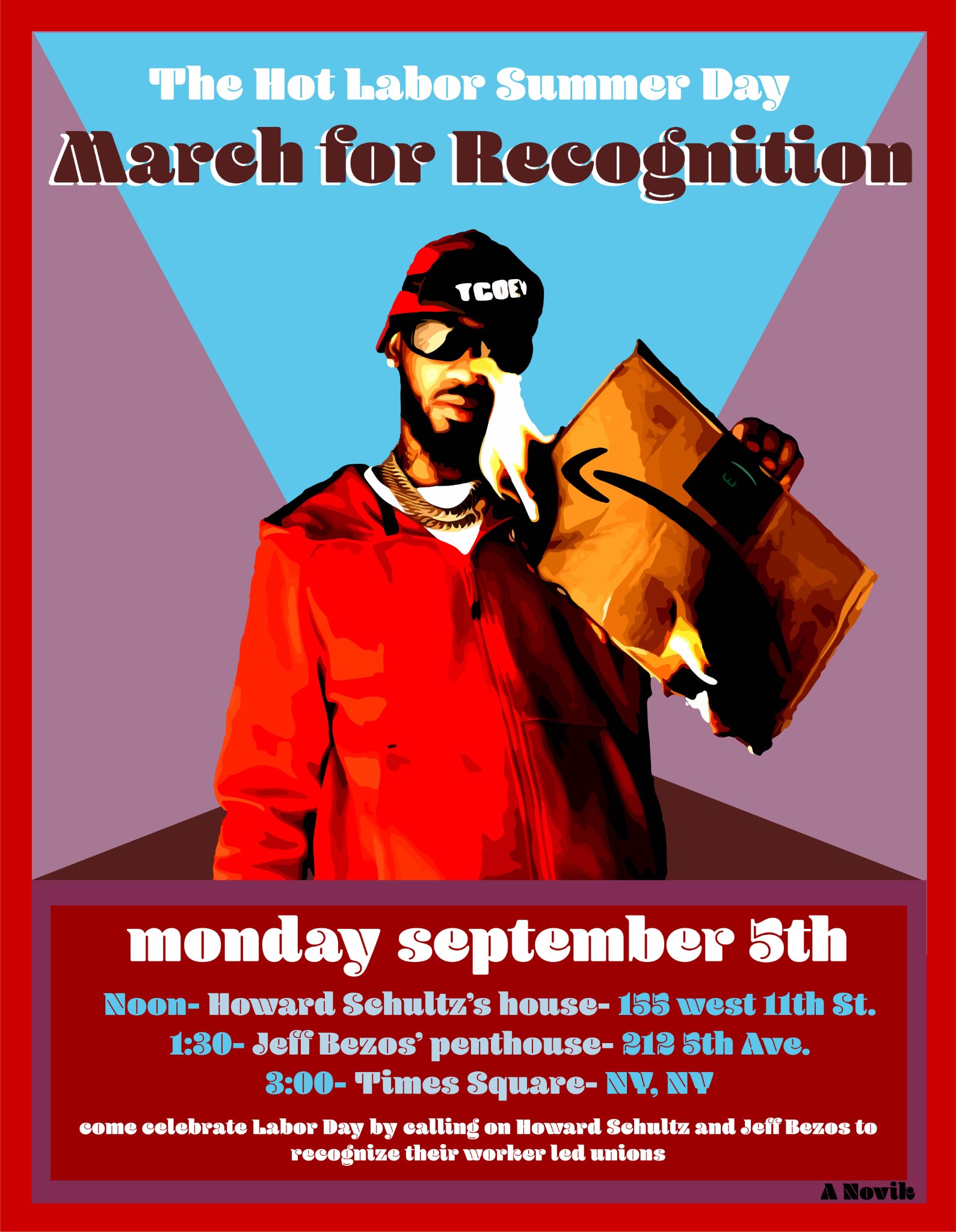 PAME expresses its solidarity with the workers of AMAZON in New York, USA and the march they are organising on September 5.

The workers of AMAZON, like the workers of many other multinational companies in the USA, are facing a barbaric working environment, which modernizes the methods of exploitation leading the workers back to the dark ages. In fact, the multinationals, in order to counter the workers’ self-evident indignation about working conditions, they spend millions each year on union-busting companies, disinformation and intimidation campaigns, and firing of militant workers. At the same time, they also use the role of corrupted unions and trade unionists to slander and attack the values and power of collective organisation and action, the importance of organising in unions, in order to cultivate individualism, disappointment and defeatism.

Against these efforts, workers at AMAZON and many other large multinationals have made great and important strides by breaking the intimidations, forming unions, demanding humane working conditions and collective agreements with wage increases. Through their action, workers have demonstrated the power of class organisation and struggle, they have shown that the business groups are not invincible. We can overthrow them!

PAME supports the just struggle of the workers of AMAZON and their march on September 5. Your struggle is our struggle! We are on your side!