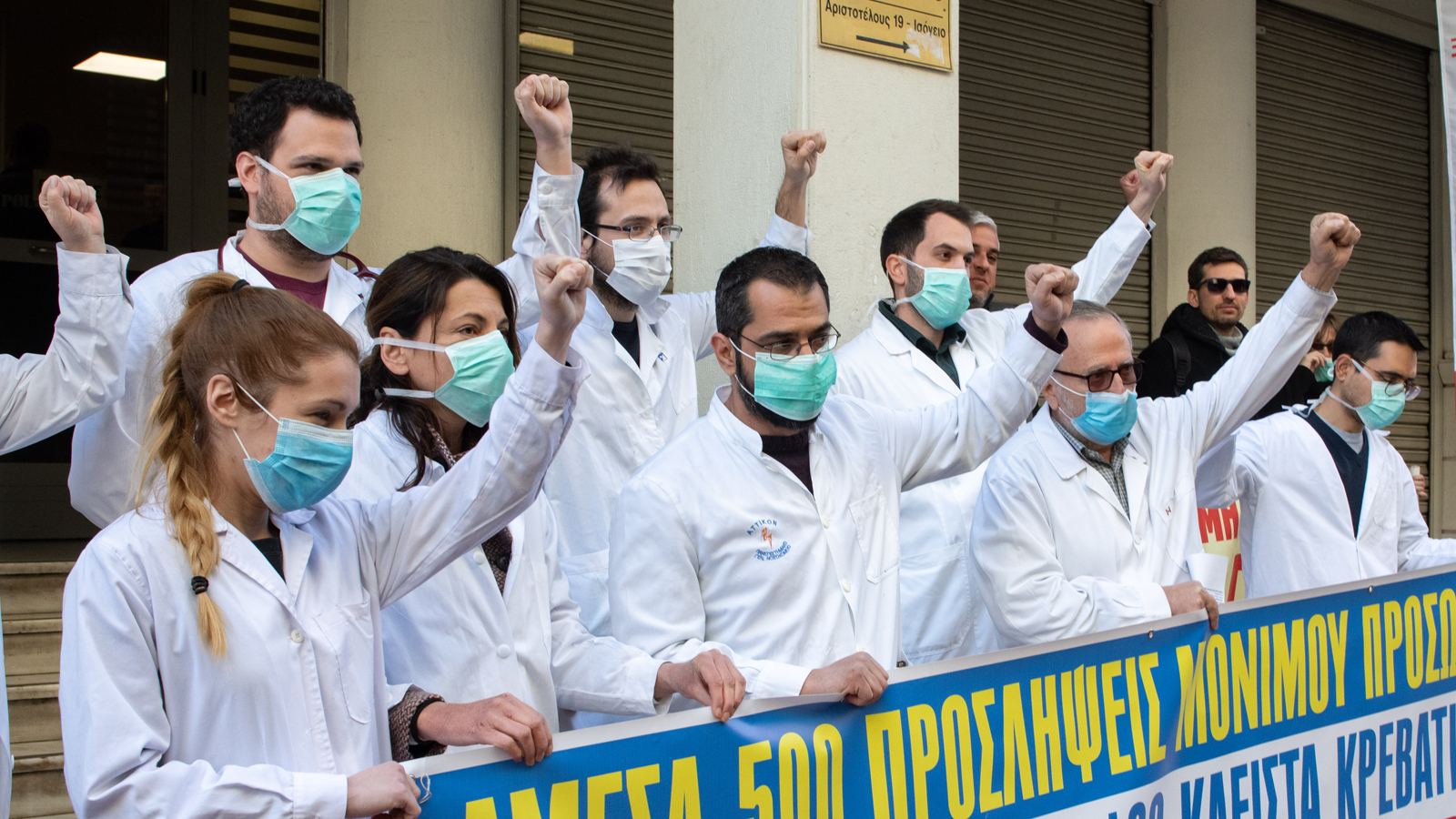 PAME denounces the new attack against trade union action and the attempt of the Government to intimidate the workers by persecuting trade union leaders, and specifically comrade Afroditi Reggiou, who is the president of the National Federation of Public Hospital Doctors, OENGE, and member of PAME secretariat. Comrade Reggiou has been summoned to trial for violating the law, which banned protests and demonstrations.

In particular, Afr. Reggiou is accused that at the health workers’ protest in front of the Ministry of Health on 24/9/20, she refused “to comply with the police officers’ orders when she was told that the demonstrators should not occupy the road.” Also, the president of the OENGE is accused of refusing to give her personal details to the police forces.

It is clear that the existence and escalation of protests in sectors and workplaces is leading the government and big business to use the most reactive legislation they have legislated in the past in order to stop the growing reactions. The imposition with even greater intensity of the policy that crushes the working class and the people is always preceded by intimidations, fear and repression.

This is the first trial under the new reactionary and authoritarian law concerning the banning and prohibition of protests and demonstrations.

The trade unions will show their solidarity with those dragged to court and will continue the struggle to cancel one by one all the anti-worker laws. We will not comply with their orders. Hands off the unions and the workers.

No Waiting-We Continue with More Determination for A Militant Uprising In Every Workplace, In Every...
PAME