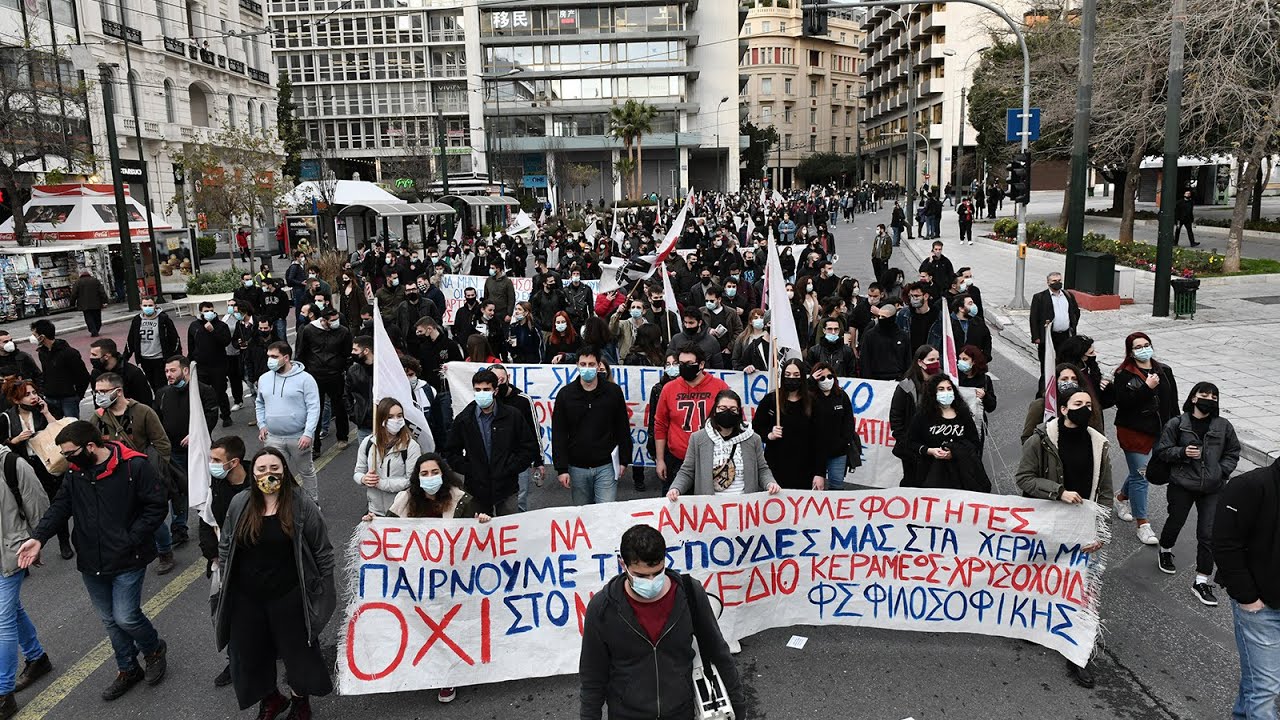 With massive demonstrations all over Greece the students and teachers sent a clear message that the struggle will continue against the reactionary reforms on education with the big rallies and the demonstration outside the Parliament on Thursday, February 11.

The rallies were the escalation of 3 weeks demonstrations and the main slogan was that even though the reforms were legislated yesterday by the Government, the bill “It will not be implemented”, sending with this way the message that they will continue with their struggle against the unacceptable bill of class barriers and repression.

The mobilization ended with the protesters renewing their militant rendezvous for the streets and the schools. As a representative of the student associations said to the gathered, “the struggle does not end here, but now it begins. To keep the bill only on paper, to open our schools “. He also stressed that the thousands of students who are on the streets these weeks, protesting en masse, are already winners, as they proved that the bill is not accepted.