Militant Protest at the Embassy of Italy – Solidarity with USB 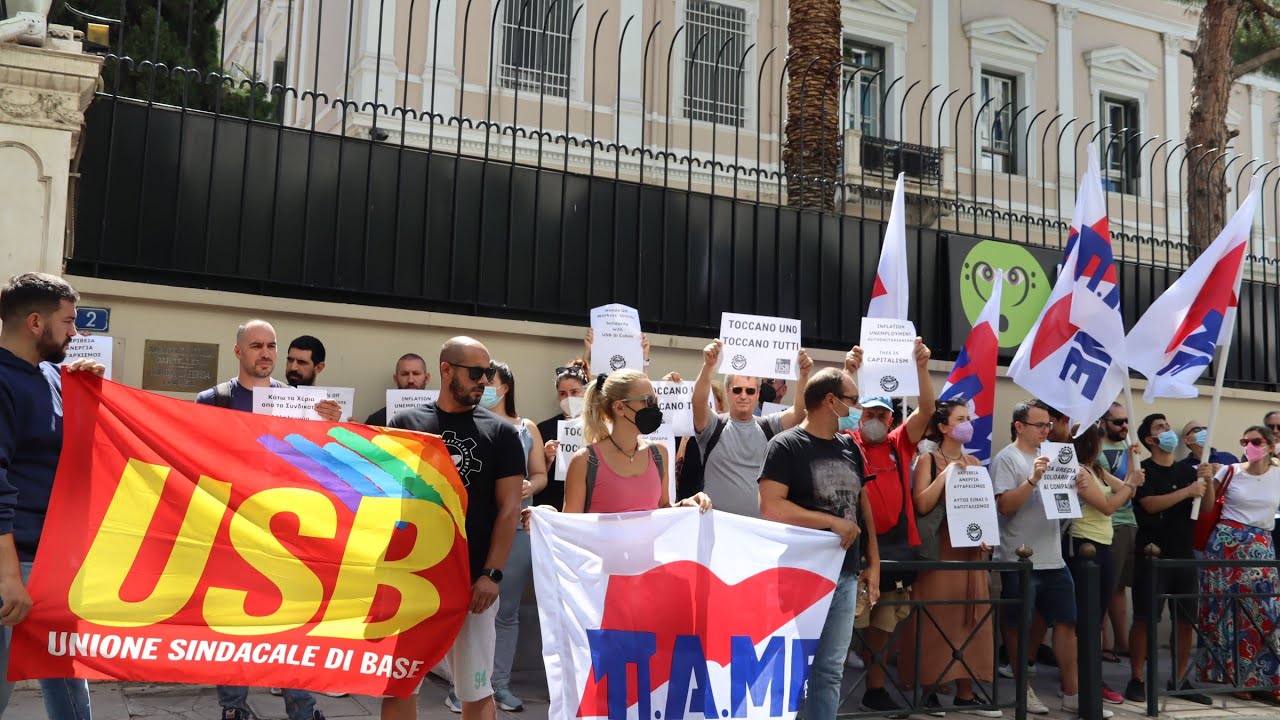 A militant protest was held at the Embassy of Italy in Athens by PAME and trade unions against the unacceptable attempts to criminalise trade union action and to intimidate workers in Italy.

PAME denounced that in Italy the USB and Si Cobas unions are facing a 350-page indictment by the Piagenza Public Prosecutor’s Office in which the unions and trade unionists are accused of “crimes” such as picketing strikes, protests and mobilisations in the logistics sector. On the basis of this indictment, a police operation was carried out with searches of trade unionists’ homes and the arrest of 4 USB trade unionists.

It is obvious that in Italy the logistics employers, alarmed by the growing anger of the workers in the sector and the militant action of the unions, are using the Italian state apparatus to attack the militant unions.

We note that no one was convicted for the murder of Abd El Salam, a migrant worker, a USB member in the logistics sector, and that three months ago a provocation was staged at the USB headquarters.

The USB responded to the current developments with a 24hour strike in logistics and actions for the liberation of the detained trade unionists.

We express our solidarity with the Italian trade unions USB and Si Cobas, which are being targeted and persecuted by the governments and the state apparatus, and with all workers in Italy.

We condemn the unacceptable attempts to criminalise trade union action and to intimidate workers in Italy.

Hands off the USB!

PAME expresses its solidarity with the US workers who are fighting for wage increases...