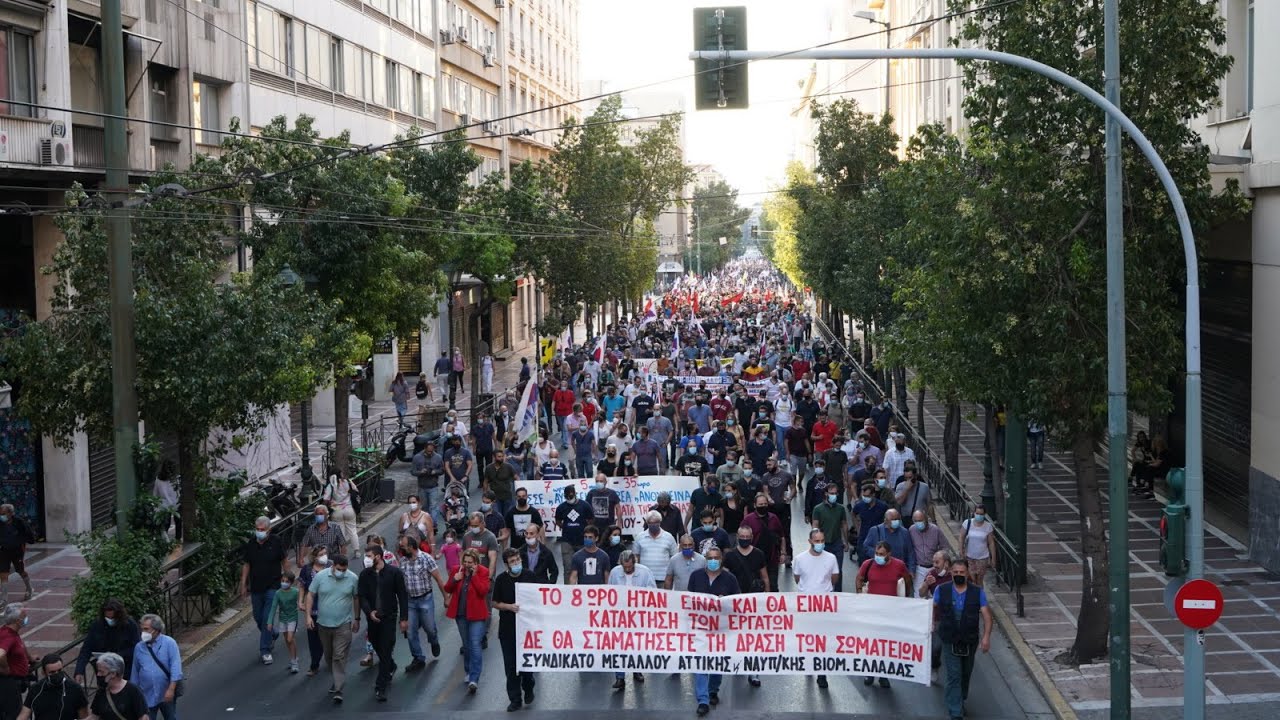 With massive and militant demonstrations in dozens of cities all over Greece the class unions demanded the withdrawal of the anti-workers’ bill of the Government that abolishes the 8hour and attacks fundamental workers’ rights.

The unions have called and prepare a National General Strike for June 10 in both private and public sectors.

Posters of Solidarity with National Strike of June 10 https://flic.kr/s/aHsmVRYPy3