You are at:Home»English Categories»News»PAME»Important success of the struggle of Tourism workers 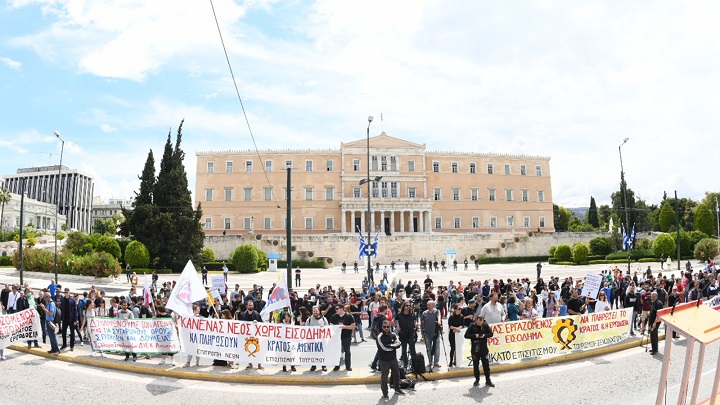 The big mobilizations of the workers in Tourism-Hotels of Greece gave the first victories. On Thursday, May 28, the big demonstration of the class unions of Tourism ended up in the Ministry of Labor, asking for an immediate solution to the basic demands of the Tourism workers.

Initially, the ministry refused to meet with the unions, closing the entrances and using police forces and chemicals against the workers. The resolute stance of the unions forced the Ministry to meet with a union delegation.

After the demonstration the Unions held a meeting of the Hotel-Tourism unions of Athens, where it was stressed that “We are continuing the fight for the State and the employers to fully cover the income of the employees. We have made a step. We continue the mobilizations to realize all our demands”

In this context the Unions decided to proceed to a new Demonstration on Thursday, June 4.

Photos from Tourism Workers Demonstrations all over Greecehttps://flic.kr/s/aHsmNvAGLL