Hands off the Unions! – New persecution against unionist of PAME 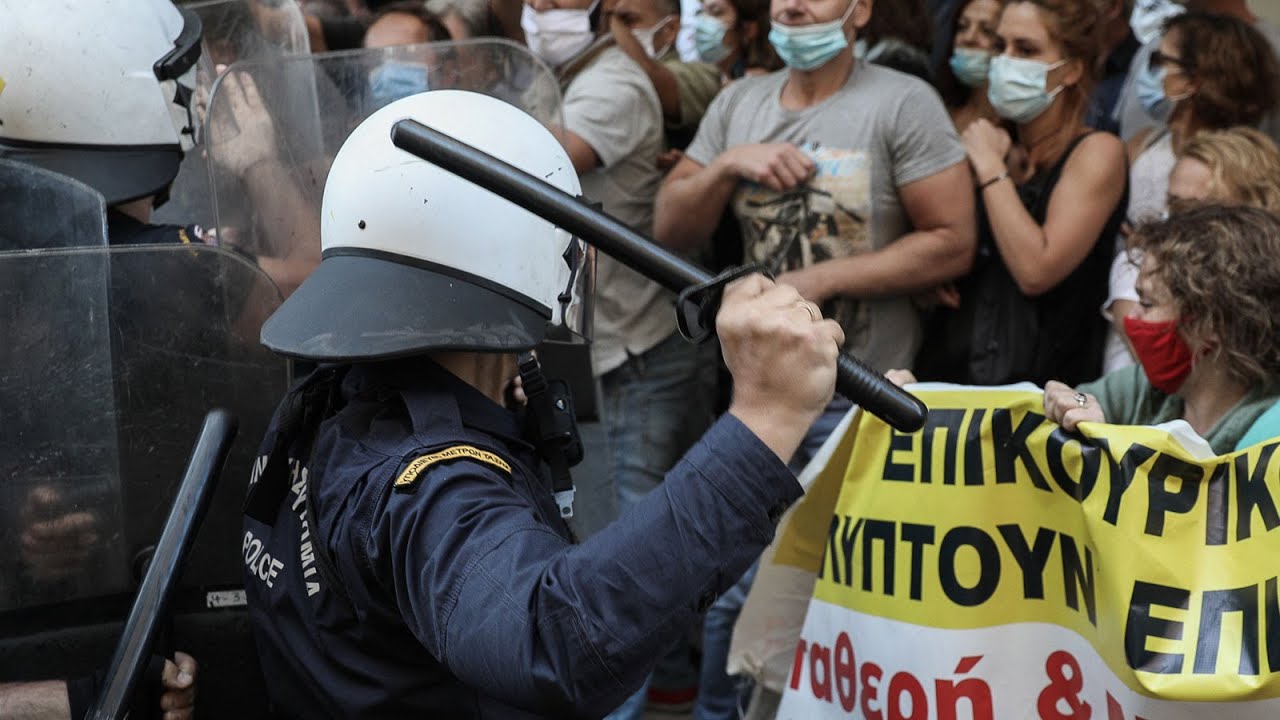 The Greek government in an attempt to intimidate the working class into submitting to the bankers taking their homes, charged with half the criminal code our cadre Valsamos Syrigos, member of PAME Secretariat and General Secretary of the National Federation of Construction Workers of Greece.

More specifically, using the law of the previous Syriza government, the current government of ND, has charged comrade Syrigos for a protest he participated in 2019, with:

Allegedly committing acts of violence against persons and property by having a “leading role” in the protest rally against the banks auctioning off a poor person’s home.

He is charged of singlehandedly confronting and beating an entire platoon of armed police forces who were at the entrance of the auction site and then he entered the site, cancelling the process.

He caused the alleged injury of 4 policemen and a 5th who felt short of breath from the tear gas fired by his own platoon at the protesters.

He allegedly left the police platoon without helmets, batons and berets.

He was shouting the slogan “no house in the hands of the bankers”.

He allegedly broke the glass of the entrance and entered the auction room.

In reality, based on the legislative arsenal of the New Democracy, SYRIZA and PASOK, our comrade is accused as a criminal and the bankers who are stealing the homes of the people are presented as saints who by “legal” means are taking the homes of the working class

The General Secretary of the Federation of Construction Workers and a member of the PAME Secretariat is being tried on charges of a common criminal because together with hundreds of militant workers they fought to prevent the house of a working-class family from falling into the hands of the bankers.

After the summoning of the president of National Federation of Doctors-OENGE in a trial for violating the law on the restriction of demonstrations, the government with the new charges against our comrades, seeks in advance to terrorize the trade unions so that they will not react to the more than 40,000 auctions that are to take place in the next period.

Intimidations will not pass

The workers’ struggles will break them with mass participation and solidarity

Hands off the unions and those who fight

Hands off the houses of the people

NO HOUSE IN THE HANDS OF THE BANKERS

PAME expresses its solidarity with the US workers who are fighting for wage increases...
PAME

Doctors and Healthcare workers are on 2nd day of Strike on Tuesday, November 29...