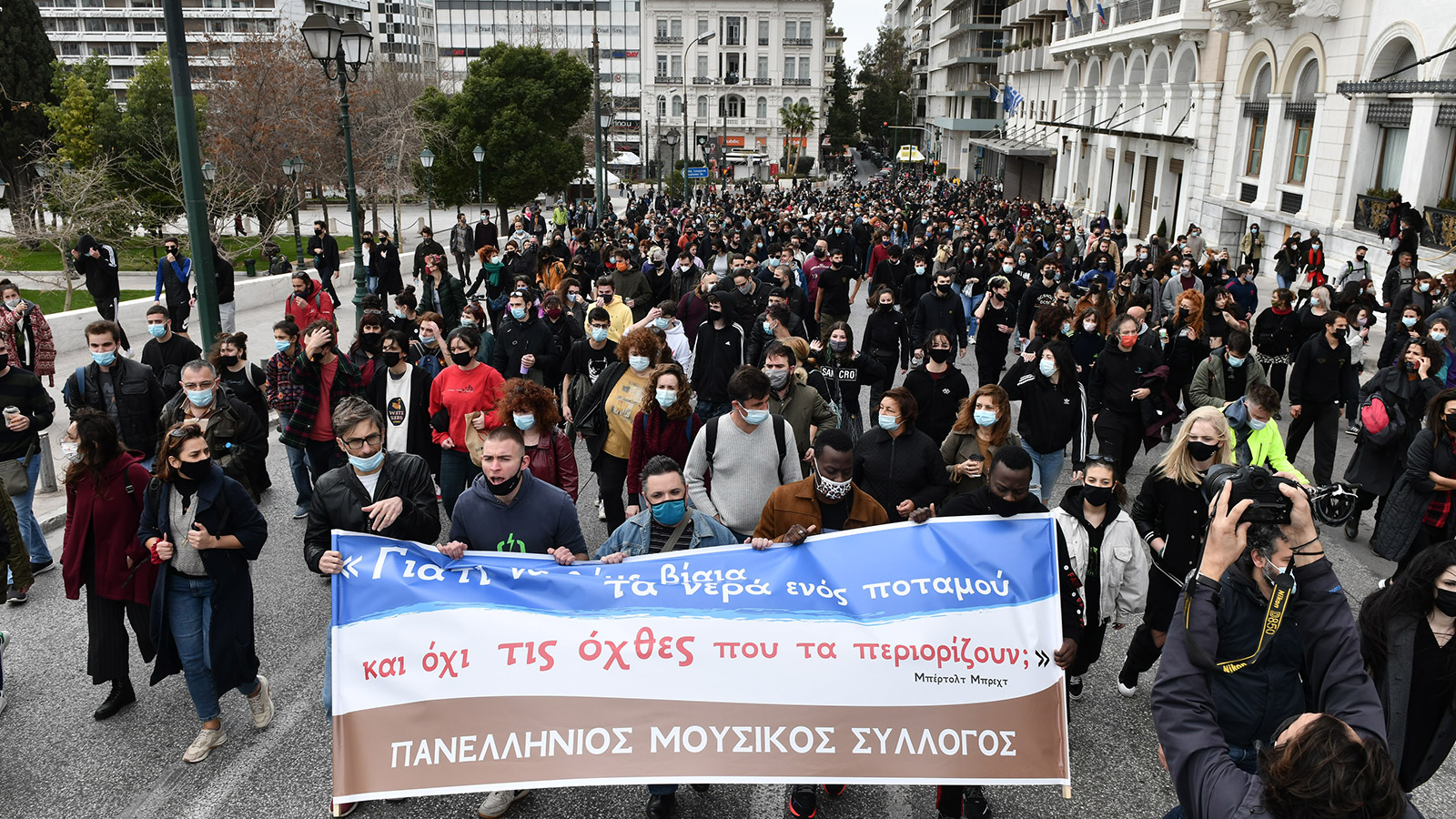 They demanded the need for a substantial financial support as they have no income from the almost one year that the Cultural activities and performances are closed.

Additionally they expressed their clear opposition to the new “terror-bill” that is to be imposed on the entire audiovisual space, through the provisions contained in the bill on Media discussed in Parliament.

The bill, in addition to what is reactionary for the employees in the media, contains the incorporation in the Greek legislation of the Directive of the European Union “on the provision of audiovisual media services”, which with the known pretexts and “flexible” concepts about “incitement to violence” etc. opens the way for the silencing of any radical and progressive work of art and expression, at the punishment of the provisions provided for in the bill.