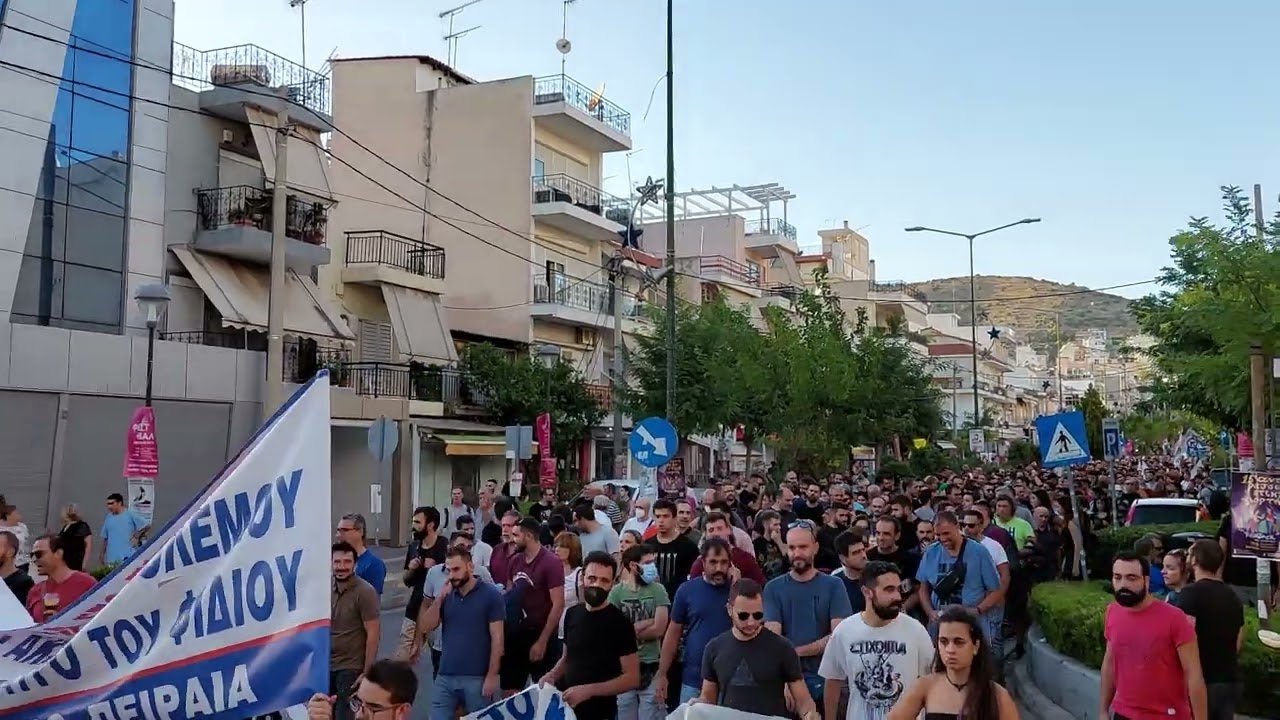 A massive anti-fascist march was held in Keratsini of Piraeus to honour Pavlos Fyssa, on the occasion of the nine-year anniversary of his murder by the nazi-murderers of Golden Dawn. Thousands of workers and young people rallied in Keratsini, at the monument erected for the anti-fascist musician.

On the front of the Keratsini rally, there was a banner of the Piraeus Regional Trade Union Centre, with the phrase “Struggle against the system of poverty, inflation, wars that hatches the snake’s egg”, which set the tone of the mobilisation.

Particularly massive were the blocks of trade unions. The youth who gathered behind the banners and flags of the Students’ Militant Front, the Coordinating Committee of Piraeus Students, the Student Association of the University of Piraeus, etc.

The president of the Piraeus Regional Trade Union Centre and the ENEDEP union, Markos Bekris, among others, noted: “We are here today because the struggle to definitively and irrevocably defeat Nazism and its roots does not end as long as this system, capitalism, exists, because it is its genuine child. Today, when the exploiters, their governments and their state are preparing the people and youth to adapt to the millstones of their barbaric system or die, we call on the people and youth to stand up, to fight in an organized and collective way to raise a nationwide river of struggle and to fight in a united and coordinated way for our rights.

For this reason, a strike uprising must be called in every workplace and in the neighbourhoods, which will prepare the strike battle on November 9, so that the people do not tighten their belts anymore, so that we can breathe from the unbearable burdens of poverty and misery that the governments and the exploiters condemn us to. This struggle is genuinely anti-fascist, because the matrix that gives birth to war, energy poverty, inflation, unemployment and exploitation is the same as the matrix that gives birth to fascism, arming the fascist Nazis who are always the long arm of the system that uses them as the bosses’ guards.”

Health workers, along with dozens of workers' unions and mass organizations, demonstrated to demand...
Unions

Agaisnt BlackFriday extreme working conditions for the profits of the bosses  On Sunday November 27...