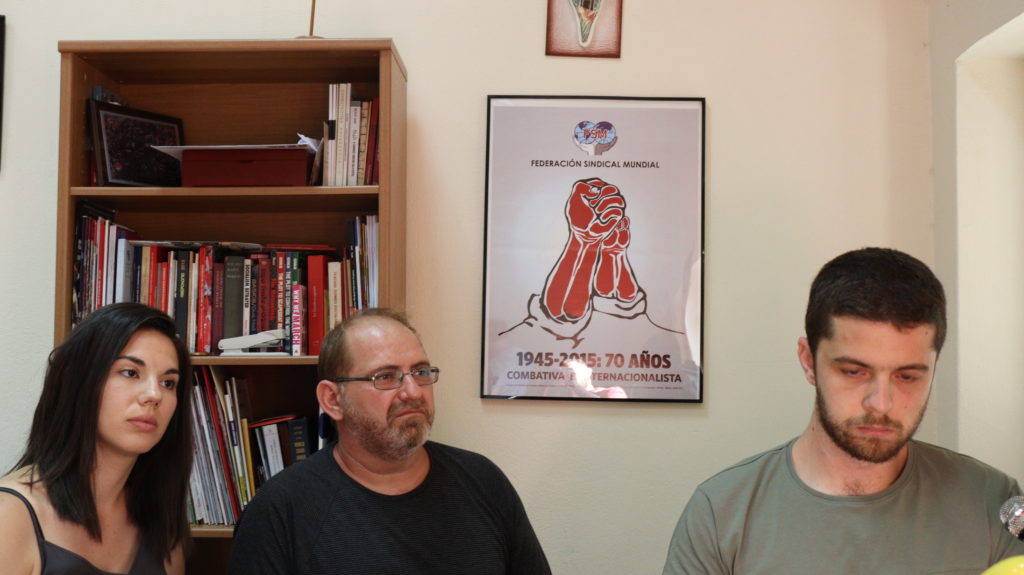 On Tuesday, July 21, a meeting of the Regional Trade Union of Lavrio – East Attica was held with the UD CGT 94 of Val de Marne France on the situation of workers at airports.

The meeting was attended by the UD CGT 94 and representatives of Unions of the Paris ORLY airport, the Trade Union of Lavrio – East Attica and the Workers’ Committee of Athens International Airport.

At the meeting, which took place via video meeting, the representatives of the workers from both countries exchanged useful information about the situation prevailing at both airports, the attack and the problems experienced by the workers, which are mostly common in both countries. . As well as the need for new coordination initiatives and joint action against the anti-labor attack.