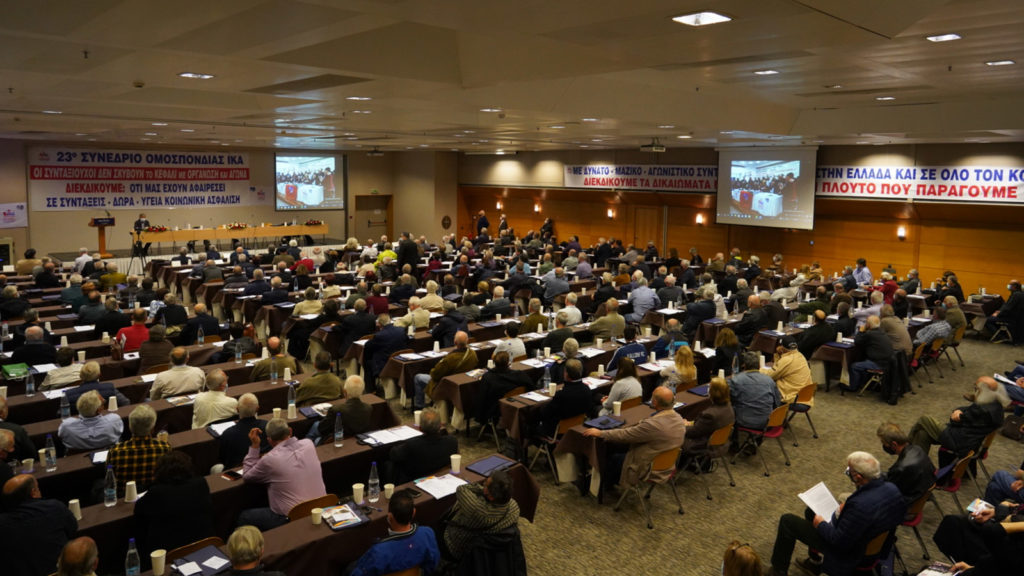 With the participation of 325 representatives from 95 unions, representing more thousands of pensioners started the work of the 23rd Congress of the Federation of IKA Retirees on October 21st. A Congress that culminates the three-year struggle of the Federation and its member unions, in unprecedented and difficult conditions, as in addition to the great acute problems for which they gave decisive battles, they also faced the great problems that arose from the pandemic.

The president of the Federation, and member of the Executive Secretariat of PAME, Dimos Koumbouris, underlined in his opening speech, “All this time the pensioners movement continued to put its militant stamp both in the period before and after the outbreak of the pandemic.”

At the same time, he warned that “the danger to the people is not limited to the pandemic. It concerns the great wave of poverty, inequality, unemployment and the demolition of labor and pension-insurance rights, which the attack of capital brings to the territory of this new crisis… In these conditions we will continue and intensify our action. We will organize our struggles more effectively to repel this anti-peoples’ attack.”