You are at:Home»English Categories»Secretariats of PAME»International Relations»The delegations of the Regional Trade Unions of Marseilles and Val de Marne of Paris are in Greece 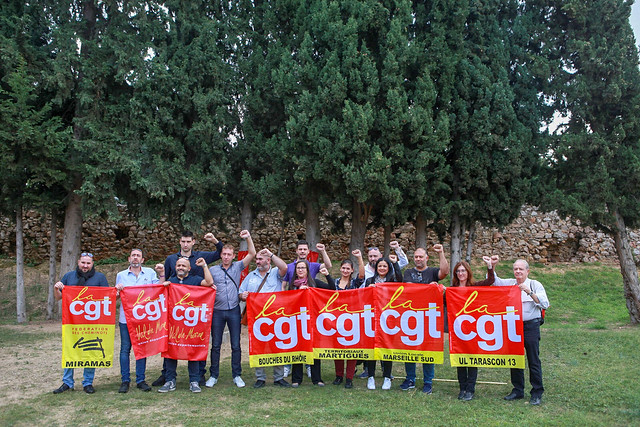 On Tuesday morning they visited Kesariani, where they were welcome by a delegation of the Municipality headed by the Mayor of Kesariani Elias Stamelos.

A meeting was held with the Executive Secretariat of PAME, where the trade union organizations discussed the situation of the trade union movement in both countries and in Europe.

The delegations of the Regional Trade Unions also visited the offices of the World Federation of Trade Unions, where they had a meeting with the General Secretary of the WFTU, G. Mavrikos.