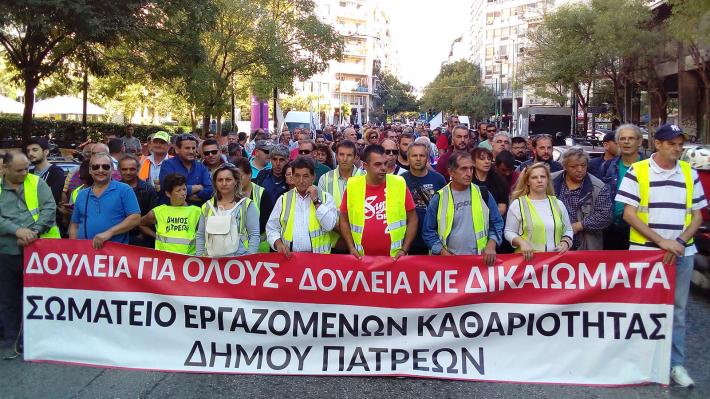 The workers in Municipalities have decided and realize strikes from October 17 to October 24 to prevent the new Greek government from passing a law that prevents the trade union’s activity, privatizes the collection and transportation of solid waste, the cleanliness of public land and municipal buildings, the maintenance of green and electricity. The workers demand the withdrawal of the antilabor law.

This attack on the workers of the Municipalities concerns the whole working class and the popular strata. PAME supports in every way the mobilizations of workers in the Municipalities and calls upon all trade unions to express their solidarity and at the same time to organize the struggle so that the government’s “law – monster” will not pass.