Thousands of workers took part in today’s strike and strike rallies in all cities of Greece against the anti-workers’ measures of the government.

From the central  strike rally in Athens, the militant Greek trade unions expressed their solidarity with the workers of France, who suffer the same attack on their working rights and lives and who also were on strike on the same day.

In PAME’s strike rally in Thessaloniki, the Serbian trade union SLOGA spoke and expressed the solidarity of Serbian workers with the struggle of Greek workers.

Today’s strike in Greece is a strong response to the government and the employers. Massive participation in today’s strike shows the way to continue and escalate.

We call the trade unions of Greece to strengthen their fight, take every measure to inform workers, to go to every workplace, every sector and organize general meetings, discussions and take militant decisions on how to continue and escalate our struggle 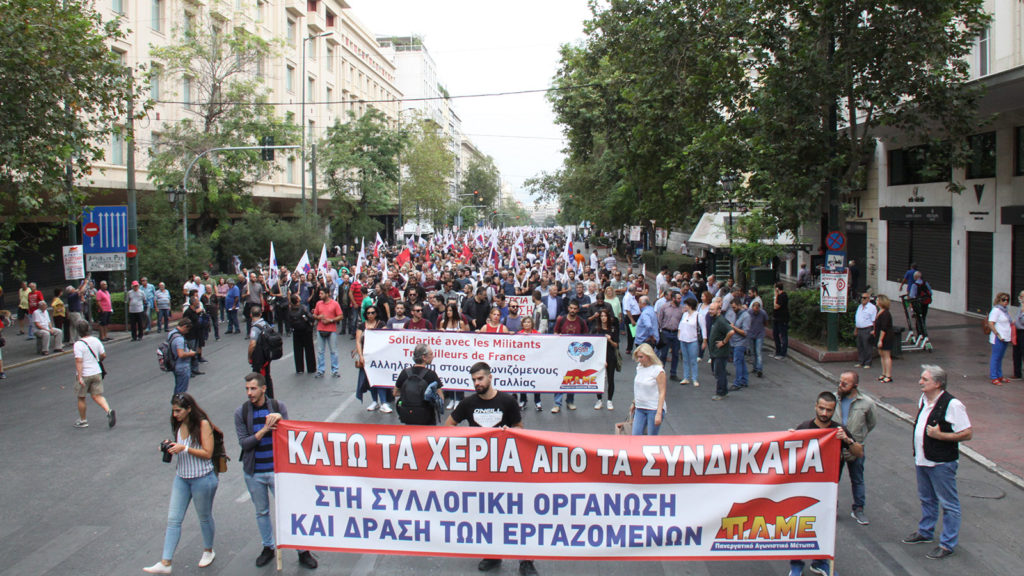