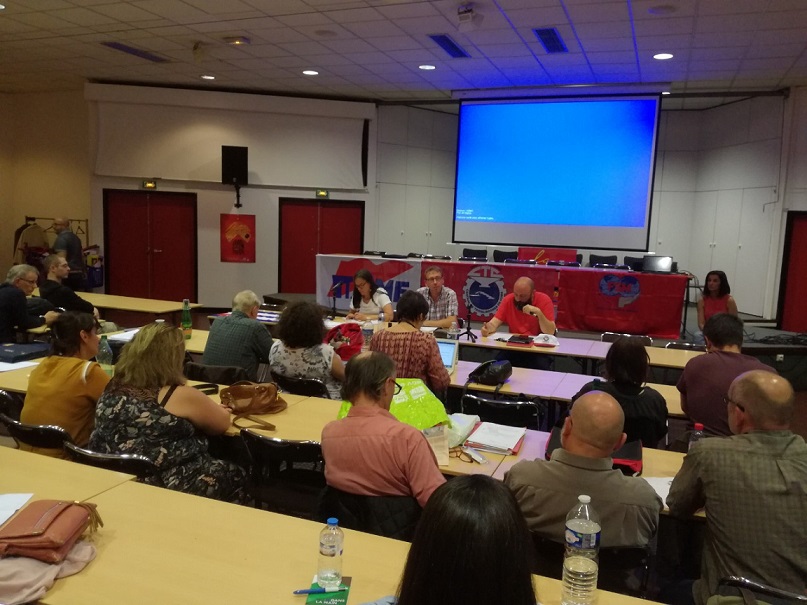 The delegation of PAME, during the visit, had meetings with local trade unions from healthcare, local administration and transport sectors, and visited the Monument of the Comunars where it paid its respect and left flowers.

On Monday, June 17, the delegation participated in the International Conference organized by the UD CGT 94 Val de Marne on the situation in the International Trade Union movement with the participation of PAME and the CTC of Cuba with presentation of the video for the 20 years anniversary since the founding of PAME.

During the meeting took place a rich debate on developments in Europe and the need to strengthen the WFTU.