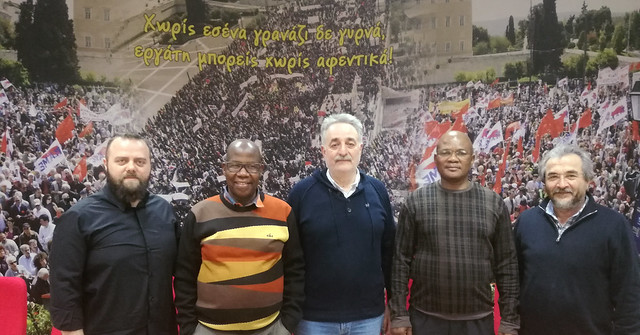 On Thursday, December 13th, PAME held a meeting with the NUM of South Africa.

NUM delegation, composed of the President of the Montisetse Joseph and the Secretary-General of NUM and Vice-President of the World Federation of Trade Unions David Sipunzi, briefed PAME on the developments in their country, as well as the action and planning of the NUM for the next period. The two delegations agreed on the need to develop action to strengthen the struggle of workers and of WFTU  in Europe and Africa.