A massive protests at the Ministries of Labor and Migration Policy, as well as at the Embassy
of Bangladesh, was organized on Tuesday, January 8, 2019, immigrant land workers from the
area of Nea Manoloda, in Southern Greece.

Dozens of migrants, most of whom lived in a camp that was burned last June, traveled by
buses from the region to Athens, expressing their determination to fight against the miserable
living and work conditions they face.

It was the second mobilization organized by the Federations of Workers in Textile,
Pharmaceutical, Food Industries, and Construction Workers Federation as well as the Local
Regional Trade Union Center of Amaliada, as a similar initiative had preceded last September.

The trade union delegations have been alongside land-workers through visits and solidarity
initiatives. The unions denounced the immense responsibilities of employers, embassies of
immigrant countries and the Greek government of SYRIZA for the situation faced by land
workers. 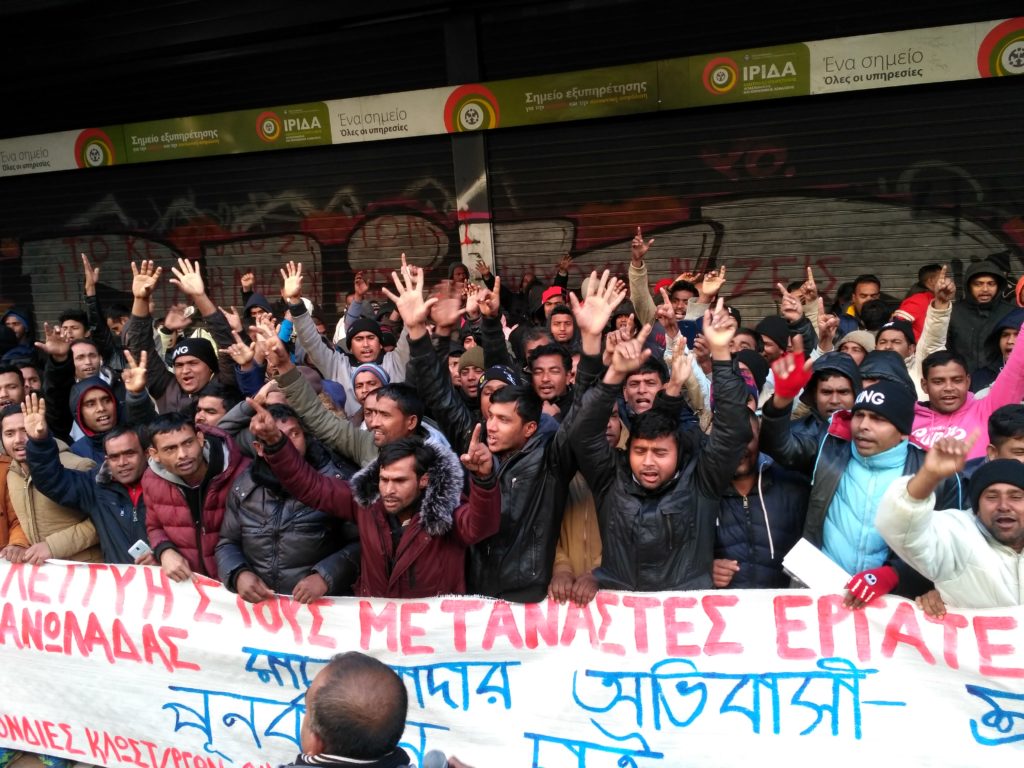