Violent Attack of Police Against Protest of Healthcare Workers

The employees in the public hospitals, in the context of the mobilization that they were carrying out today at the Ministry of Healthcare, were unprovokedly attacked by the Riot Police forces.

The government that has been hypocritically talking about “healthcare heroes” for so many months and applauses from the balconies, against the fair demands of the employees in the public hospitals has proved what its policy is.

Instead of gloves and protective masks, the Government proposed globs and police!

Instead of recruiting and making permanent the necessary sanitary and cleaning staff in the hospitals, the Government threw chemicals and tear gas!

Instead of permanent and stable work, the Government gave authoritarianism and repression!

Instead of ICU, the Government wants a ban on protests and demonstrations!

Instead of recruiting private health centers, the government gives violence against employees of health units.

This is how the government is fighting the pandemic. With attacks against workers’ struggles and demands. By force and repression of the “heroic” doctors when they ask for the obvious.

INTIMIDATION WILL NOT PASS – THE MASKED MOUTHS HAVE VOICE!

PAME calls on the workers, the trade unions to give an answer to the barbaric anti-workers’ policy that gambles the life of the people for the profits of the business groups and wants to ban the struggles of the workers.

THE PROHIBITION OF LABOR STRUGGLES WILL NOT PASS

WE ANSWER – WE STRENGTHEN THE STRUGGLE 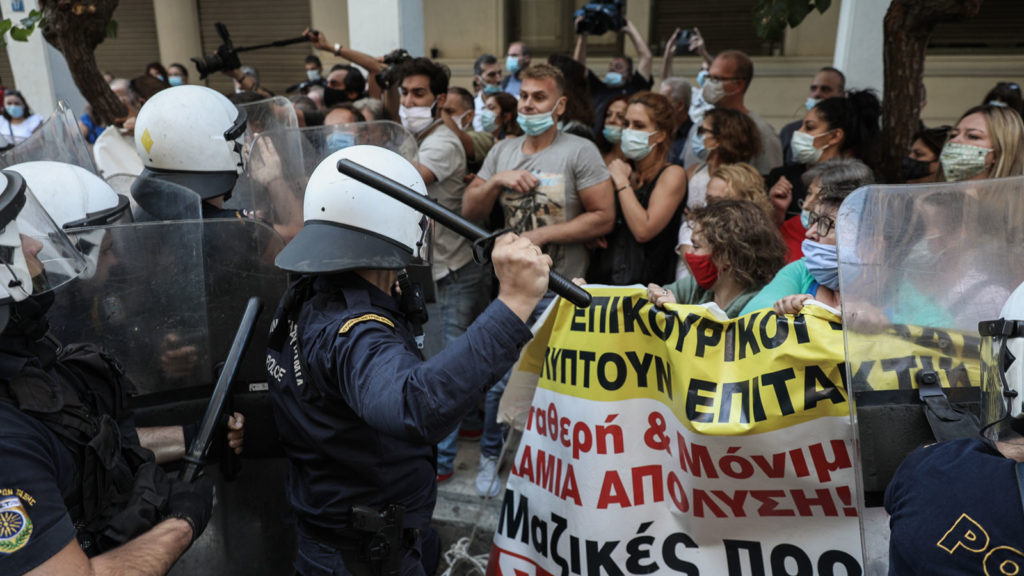