New Demonstration of PAME At the Trial of Golden Dawn 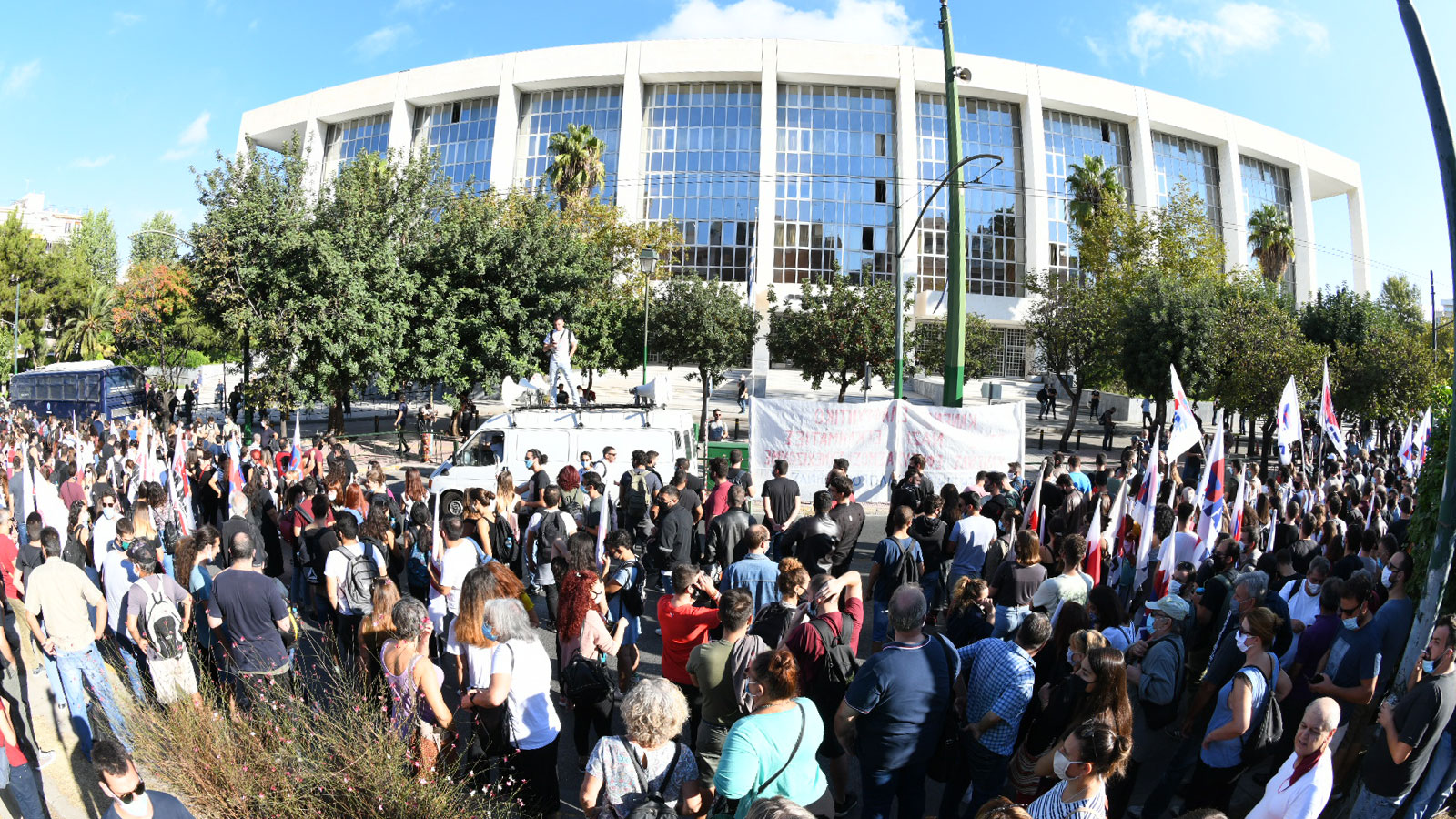 The class unions of Athens once again demonstrated in front of the Athens Courthouse on Monday October 12, as the convicted criminals of Golden Dawn requested their sentences to be reduced due to mitigating circumstances. The class unions demonstrated once again demanding no mitigation to be recognized to the Nazi criminals. The excuses used by the Nazi criminals were revealing of their cowardice. They requested lighter sentences under excuses like “I love animals”, “I am faithful husband”, “I am a good son”. These are the ridiculous arguments the fascists presented to court to justify lighter sentences, when they are convicted of murders, assaults, violence.

Against this coward stand thousands of people outside the court cheered and sang when it was announced that the court decided that no mitigating circumstances were recognized to the leadership of Golden Dawn. The court is to announce the sentences of Tuesday, October 13.